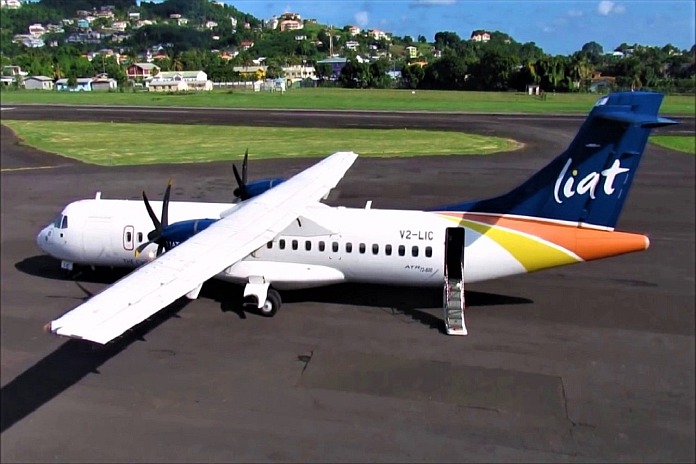 ​The government says negotiations with LIAT court-appointed receiver Cleveland Seaforth are continuing to settle the severance payments owed to the former LIAT workers who resided in, and are citizens of, Antigua and Barbuda.

According to reports, ex-LIAT workers are owed around EC$120 million in severance and other payments and it appears unlikely that they will be paid in full.

Information Minister Melford Nicholas says every effort will be made to pay a lump sum that will represent a final payment to all former LIAT Staff residents in Antigua and Barbuda.

Last Christmas, the Gaston Browne Administration deposited 2 million dollars with the receiver, guaranteeing 50% of the amount owed to former employees of LIAT who are residents and citizens of Antigua and Barbuda; a significant portion remains with the receiver.

However, the Cabinet is of the view that more than 50,000 dollars this time around.

Nicholas said the offer on the table could ensure that those who have not had a long tenure with LIAT receive in excess of $50,000 dollars.

“Whether or not that represents something attractive enough for persons to subscribe to the offer is yet to be seen,” Nicholas said.

Meantime Nicholas says the government is seeing great support from other Caribbean governments as it continues to set up LIAT 2020.

He said the prime ministers of Grenada and St Lucia are very keen on the resuscitation of LIAT.

“I think there is a stronger appetite now. The offer has been put on the table…when the final position is pulled together, we will know how much is at stake. At this stage we have been asked at Cabinet level to make another 1.5 million dollars available to further advance the coming into being LIAT 2020,” he added.

Pressure is mounting on regional leaders to get the problem of intra-regional travel resolved due to the rising cost of travel across borders in the Caribbean Community.

Since the collapse of LIAT and the rising cost of fuel on the international market, it has been pains for residents in the region to move; some persons are being forced to overnight in some locations while others are being made to transit through the United States or Europe to get to their destination in the Caribbean.

In most cases, it is cheaper for persons to travel through the United States to other destinations in the region than to do intra-regional travel. But the absence of LIAT is still creating a nightmare situation because not many people are afforded the luxury of qualifying for a US Visa.

In recognizing the challenge, Dominica’s Prime Minister Roosevelt Skerrit recently stressed that the company needs money to ensure there is some viability and continuity of the service.

“What we need is very simple. We all need to put money on the table. That is the solution to the problem. People criticize the issue of LIAT’s management and so forth…what we need is money!” he said while addressing reporters at the just concluded World Creole Music Festival.

The regional carrier has been in administration since July 2020 and has been operating a reduced schedule with a limited workforce since November of that year.

LIAT is owned by the governments of Antigua and Barbuda, Barbados, Dominica, St Vincent, and the Grenadines, and some shareholders have made efforts to support the employees based in their respective countries, whether through financial or social assistance.