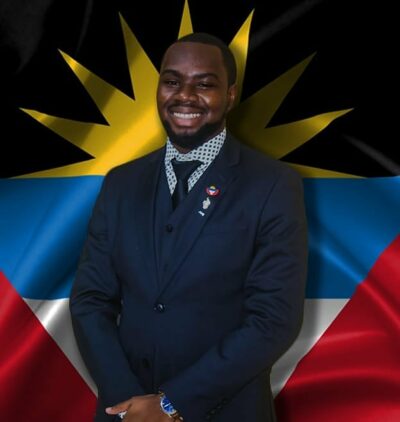 Caleb Gardiner is the government’s choice to replace Senator Eustace Teco Lake who will be retiring from active politics.

22-year-old Gardiner will be appointed to the Senate in the Parliament of Antigua and Barbuda soon.

On Thursday the Cabinet Notes stated that Senator Teco Lake will be retiring from the Senator and a replacement will be appointed as of the 1st January 2023.

He is the first Guild President of the UWI Five Island Student Guild and a member of JCI Antigua – Jaycees.