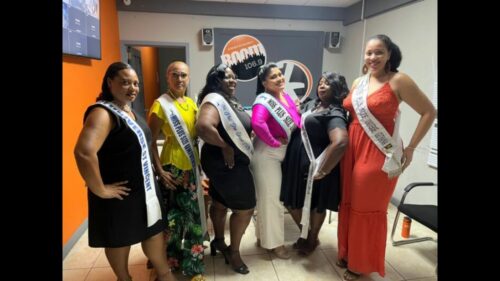 A woman, who was excited to represent plus-size women in a pageant earlier this month, now wishes that she never entered.

Eugeney Bailey, a woman of Antiguan parentage had plans to win the Miss Plus Size Universe International pageant 2022, which was to take place on November 5 in St Vincent and the Grenadines.

But even after being postponed twice, the show did not go on.

However, that appears to be the least of Bailey’s complaints as she is now claiming that she and all of the other five delegates were ill-treated, deceived and scammed.

Bailey told Loop that all of the girls had to pay a registration fee of US $1,000 to cover accommodation, food, hair, make-up and transportation and still had to find their way to St Vincent and source sponsors for everything else they needed.

She believes that the money would have been enough “if you put the money to where you said it was going to go to” but according to her, that wasn’t the case.

Bailey was upset with herself for not taking heed to initial red flags such as being given “a bogus hotel name that was not even in St Vincent,” when she inquired about where she and the other contestants would be housed.

According to her, she and the other girls stayed in an apartment where they were not only separated from each other but some persons had nicer rooms than others.

She said that the food they got was “not appropriate.” In fact, she said the girls “were not eating properly” having been given small meals and being left hungry for hours.

In addition, Bailey claims that the pageant’s organiser Pearl Williams treated them like children when they refused to eat fast food and requested to be taken to a grocery store.

Furthermore, the 49-year-old is alleging that the pageant was biased before it even started saying “some girls got special treatment and some girls were told they won certain segments.”

But that’s not all; Bailey believes that the pageant did not have to be postponed since most of the girls wanted the show to go on.

She said they were given varying excuses such as the weather and “no prize money.”

Bailey, therefore, believes that she and the other girls should be reimbursed.

Meanwhile, a former contestant in the pageant is saying that her experience mirrors that of Bailey.

Renee Edwards-Ambrose, the first Antiguan to enter the contest in 2013 says she too found that the organizer was “sketchy” and therefore did not pay the registration fee.

However, she said she was so excited about entering that she ignored the signs.

She stated that not only was the pageant biased that year but when she conducted investigations, she learned that many of the things they were told were lies.

She said even to this day, the winner of the pageant from her year has not received her prize money.

Williams refused to comment on the matter but at least some of the girls have indicated that the experience was not good enough to speak about.