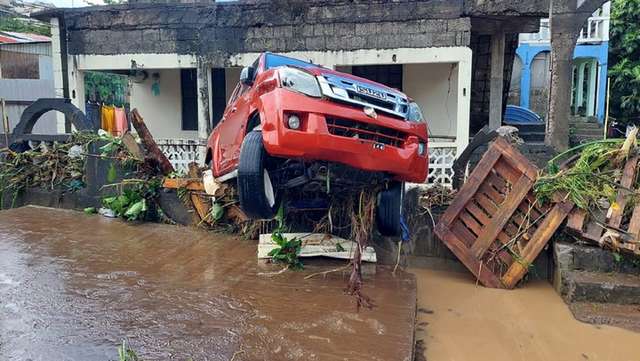 As if the last battering wasn’t enough. St Lucians have been told to brace themselves for some serious water, quite like the downpour they received several weeks ago.

The MET office issued a statement late Sunday, saying that it is tracking an approaching trough system that is expected to affect the island from November 21.

Climatologists are forecasting that unstable weather conditions associated with the passage of the trough system could last up to 48 hours.

“Residents and motorists are urged to exercise caution and remain vigilant when traversing the East and West Coast Roads as there are still high levels of soil saturation due to heavy rains in recent weeks. The passage of the approaching trough system will increase the risk of flash flooding, landslides, and rock fall,” a statement said

The advisory further cautioned small craft operators, when venturing out to sea, to be on alert as winds and waves may be high.

Residents in low-lying areas are advised to take all necessary precautions to secure their property and personal effects.