Dominicans are paying more for fuel 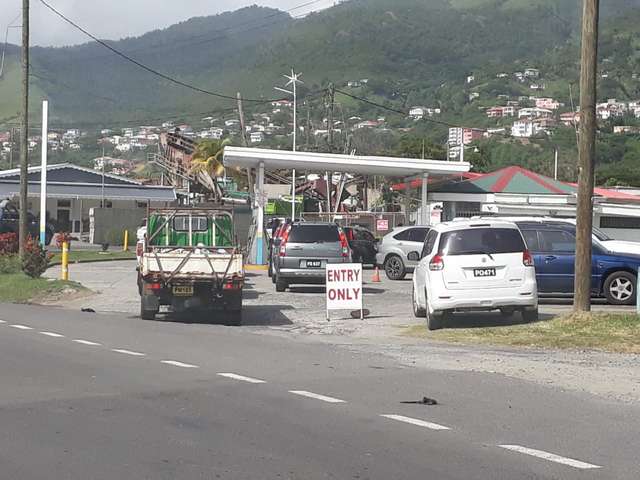 Fuel prices have gone up in Dominica, according to the Director of Trade Matthan Walker. The new changes took effect on Monday.

“Those increases in the commodity prices stem from underproduction by the OPEC member-states, they have been producing below their usual daily rate of production. The ease of Covid restrictions in China, worries of recession, and course a stronger dollar and so we are experiencing the same in Dominica,” he stated.

Following Monday’s announcement, motorists were backed up miles to purchase gasoline, a situation Walter said was not necessary.

“Those long lines are triggered by social media reflections, which to my mind should not be the guide by which persons decide to rush to take certain actions,” Walter said.

He confirmed that despite common misconception, there will be no shortage of gasoline in Dominica

“So our main importer imports every 10 days and when there is a surging demand when there is unprecedented demand, such as the demand for mainly gasoline during the World Creole Music Festival and also now that we have an ongoing election when there is a lot of movement of vehicles on the ground, they are aware of it and import accordingly,” Walter explained.

Adding, “but, when you have a situation where persons read something on social media and then they share it very quickly with friends, without first touching base with the Ministry of Trade to find out what exactly is the situation on the ground because each importer that provides petroleum to their petrol station outlets, they know what happens in their own space.”