Home break-ins on the rise 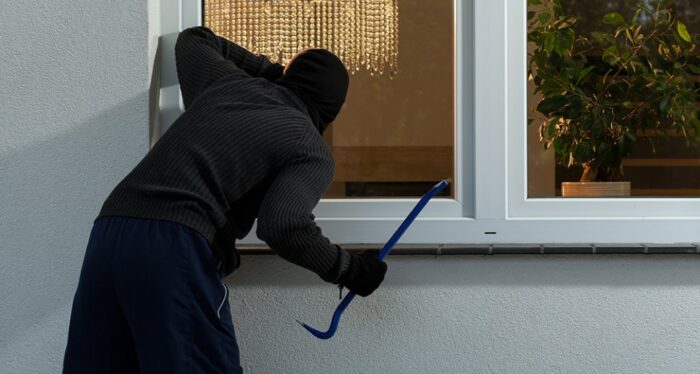 Police were kept busy over the past couple of days, following several reports of house break-ins, larceny, and burglaries

On Saturday, a woman from Cassada Garden called the Criminal Investigations Department saying that someone broke and entered her house, stealing her flat-screen television.

Police say when they got to the scene, they noticed an area where someone used a hard object to break the glass of the single window, possibly the place of entry.

Another woman from Briggins also reported that her house was broken into and $1500.00 USD & $450.00 E.C. in cash were stolen. The incident happened on the same day.

Police said that upon examination of the building they saw where the intruder opened a single-hanging glass window which was closed but not locked.

And on that very same Saturday, a man from Cooks Hill called Gray’s Farm Police Station and reported that the house of his mother at the same address was broken into.

Officers say when they visited the property, they notice that someone used a piece of steel to gain entry and ransacked the place.

A woman from Union Road Hatton also reported that she was the victim of a burglary on Saturday as well.

She apparently called the Grays Farm Police Station and reported some unknown person broke into her home and stole one mobile phone. The intruder was stuck with a laptop but he got away.

Another case of burglary was also reported in Golden Grove after breaking into a woman’s house, robbing her of $200.00ECD in cash.

In this case, the intruder used some object to break off a wooden panel of an eastern shutter door to gain entry.

The woman told the police that her husband had just left for the market when she heard someone enter the house. The intruder then entered her bedroom shining a flashlight in her eyes and told her “Don’t fu#%@ng move!”

The woman said the man started searching the room and reportedly stole $200.00ECD from her purse.

He then removed the woman’s blanket, and pulled across her underwear but left the room after he was distracted.

He returned to the bedroom and again pulled across the woman’s panties after which he apparently got disturbed again and fled the scene.

The intruder is described to be about 5’7″ in height, slimly built, and brown in complexion dressed in a black hoodie that was covering his face. The man has not been found.

There were also a few other reports of attempted robbery including one in Hatton on the same day.