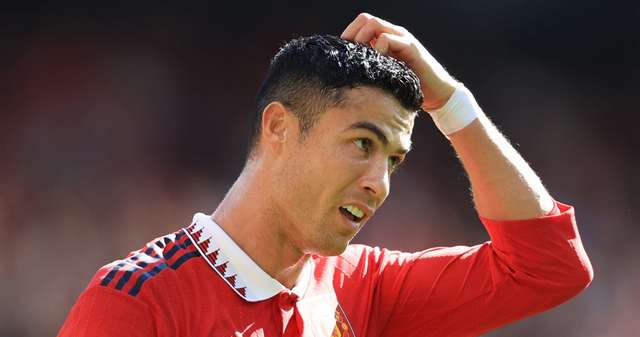 Following the explosive interview by Christiano Ronaldo on the situation at Manchester United, the club has reached an agreement with the star to terminate his contract. The club announced the contract’s termination in a brief statement released Tuesday.

“Cristiano Ronaldo is to leave Manchester United by mutual agreement, with immediate effect,” the club’s statement reads. “The club thanks him for his immense contribution across two spells at Old Trafford, scoring 145 goals in 346 appearances.”

During Ronaldo’s 90-minute interview with Piers Morgan, the star said the club had made zero progress since the departure of Alex Furgerson and explained how the legendary coach was behind his return to Old Trafford.

“I don’t know what is going on, but since Sir Alex Ferguson left, I saw no evolution in the club. The progress was zero,’ Ronaldo said.

Following the detailed interview, many had predicted an immediate termination of the player’s contract. For others, Ronaldo’s interview was his way of telling the club that he was now ready to join another club.

The 5-time Ballon d’Or winner’s contract will run till June 2023, which means he has about six months left with the club. However, the decision by both parties now means Ronaldo will scout for another club in January after the world cup.

Ronaldo is on the same page with Man United

Ronaldo, who is currently in Qatar for the 2022 World Cup, said he was part of the contract’s termination.

“Following conversations with Manchester United, we have mutually agreed to end our contract early,” Ronaldo wrote. I love Manchester United and I love the fans. That will never ever change. However, it feels like the right time for me to seek a new challenge.”

“I wish the team every success for the remainder of the season and for the future,” he added.

The star defended the timing of his interview while speaking to journalists in Qatar, saying it was the best time because he decides the best time to speak up.

Ronaldo first came to Man United in 2003 under the club’s former manager, Alex Furgerson. The then-young star developed to become one of the best players in the world, winning the Balon d’Or in 2008.

During his first spell at the club, the Portuguese won three Premier League titles, one Champions League, one FA Cup, and two League Cups. He departed the club for Real Madrid in 2009.

After winning four Ballon d’Or, the Spanish La Liga, the Italian Seria A, and other prestigious trophies, the Portuguese returned to Man United in the summer of 2021 after links with United’s rival, Manchester City.

Despite his effort to sustain his superb goal-scoring form, the club failed to make it to the UEFA Champions League. With age not on his side, he still managed to sustain his first team shirt until current manager, Ten Hag, took over.

The 37-year-old had a rocky relationship with the coach, and the club’s top scorer for the previous season was quickly demoted to an unused substitute by the manager. The player’s departure from the club is not unconnected with the relationship between him and Ten Hag.

With Ronaldo playing what is likely his last World Cup, his next move remains unknown, as he has been linked with several clubs, including premier league rivals Chelsea.

Christiano Ronaldo’s interview seems to have done more than his exit from the club. The recent development out of Old Trafford is that the Glazer family could be considering selling the club after the Portuguese star revealed the alarming state of Old Trafford’s infrastructure.

On Tuesday, Sky News reported that it. “can exclusively reveal that the Glazer family is preparing to formally announce its intention to examine potential sources of outside investment that could include a full-blown auction of arguably the world’s most famous football club.”

Although the club has not released an official statement regarding the claim, should one come in the coming days, neither United fans nor football lovers around the world would be surprised.