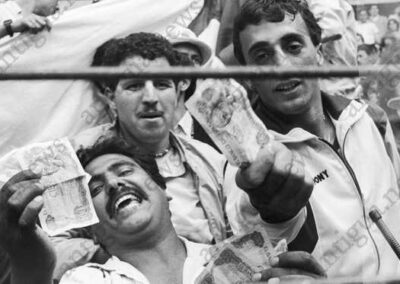 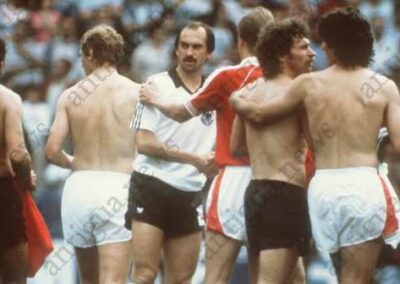 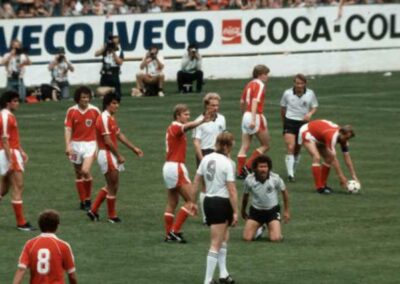 Beginning today (November 29th), the fixtures for the next 16 matches of the world cup have been adjusted. Two games will now be played simultaneously, beginning with Ecuador Vs Senegal and Qatar Vs Netherlands. Without being told, many football fans can deduce the purpose of this arrangement. It prevents teams from cheating to qualify, as their hopes of qualifying for the knockout stage are often carried to the last group matches.

While the arrangement is one of the most beautiful in football, most people don’t know that one of the worse cheating in football compelled FIFA to adjust the last group matches of its competitions. For some, it is the “scandal of Gijon,” while others prefer to call it the “Disgrace of Gijon.”

How the worse match-fixing in football history happened

It was during the world cup of 1982, hosted by Spain. West Germany, a European nation, and Austria, another European country, conspired to eliminate Algeria, an African country that came to the world cup as an underdog.

At the time of the 1982 world cup, a team earns 2 points from a win. With the two wins, Algeria had four points from three group matches. Unfortunately, Algeria had played its last group match a day before Germany played against Austria. That means Austria and Germany knew a scoreline that would put both teams through to the next stage.

A one or two goals win by West Germany will see both teams advance to the next round. If West Germany wins with a three-goal margin, Austria and Algeria will go head-to-head with the number of goals scored.

Interestingly, both teams arrived at the El Monilinon Stadium in Gijon on 25 June 1982, fully kitted with fans expecting a brutal decisive encounter. Unfortunately, the 90 minutes encounter technically ended in 10 minutes after West Germany scored the only goal of the match. The other 80 minutes was a mere show to complete the mandatory 90 minutes. The unwillingness of both teams to score was obvious as they kicked the ball around the pitch for the rest of the game.

Fans of both sides became fed up with the game, and commentators even urged the viewers to quit viewing the match. The German commentator Eberhard Stanjek said: “What’s happening here is disgraceful and has nothing to do with football. You can say what you want, but not every end justifies every means.” On the other hand, the Austrian commentator urged viewers to turn off their television.

For the West Germans fans, their victory was no longer interesting, while for the Austrians, losing to West Germany in such a disgraceful manner was not a sight to behold.

How the fans reacted

The Austrian fans had expected a tough outing with the Germans after both sides clashed in the previous world cup of 1978. To them, seeing their team qualify as the second-best side of the group was not the desired result. There was nothing they could do but protest in the crowd.

For the West German side, qualification was not enough for them, as it was a broad-day robbery. One German fan in the stadium burned his country’s flag in protest of the match.

If fans of the two qualifying teams are dissatisfied with the match, how much more will the Algerian fans be? Many attempted to jump over the fence and onto the field, but their attempts failed. Others held money in their hands, shouting, “It’s a fix!” Others burned money in protest.

Finally, there were many Spanish supporters in the stadium, as the competition was hosted by Spain. They were also unimpressed with the game as they could not find the suspense they paid for.

At the end of the game, some German fans approached the team, demanding an explanation for what happened. The team players welcomed them with water bombs from the balcony.

The reactions of the perpetrators

Responses from both teams after the match showed that there were underground plans to eliminate Algeria, which had played its game the previous day. German players admitted that the goal was to qualify and not to please the spectators.

“We wanted to progress, not play football”, Derwall, the team’s manager, said. Lothar Matthäus, a substitute in the game, said: “We have gone through. That’s all that counts.”

Austrian players and manager, on their part, were more hostile in their responses. “We made the next round, and I don’t give a damn about the Germans,” Krankl, an Austrian player, stated.

Despite the hostile responses from the players, none would expect anything like the statement made by the head of the Austrian delegation, Hans Tschak. His words confirmed that the crime was more than just a match-fixing but could be an act of racism.

“Naturally today’s game was played tactically,” Tschak said. “But if 10,000 sons of the desert here in the stadium want to trigger a scandal because of this it just goes to show that they have too few schools. Some sheikh comes out of an oasis, is allowed to get a sniff of World Cup air after 300 years and thinks he’s entitled to open his gob.”

The Guardian of June 25, 1982, quoted Jupp Derwall, the coach of the German side, as saying: “Yesterday’s final Group Two match in Gijon was about as passionate as a testimonial, but neither side was complaining. At the end of a suspiciously tame encounter, both progressed to the second phase, thereby squeezing Algeria into the third spot and out of the Cup.”

The deliberate attempt to eliminate Algeria worked, but Austria could not survive the next round and was also eliminated from the world cup. Although West Germany progressed to the final, they lost to Italy by 3-1.

FIFA could not help

After the match, Algeria immediately submitted a petition to punish the two sides for match-fixing and called on FIFA to punish the centre referee, who failed to stop the game after it became clear that it was a scam. FIFA said it could not find any crime in what happened, and after a 3-hour meeting, the football governing body dismissed the appeal by the Algerian FA.

“There are no Fifa rules which say teams cannot play as they please. Fifa cannot sanction a team if they did not fight properly,” Hermann Neuberger, then-FIFA vice-president, said.

Mr Neuberger was also the president of the West German Soccer Federation.

FIFA’s next action confirmed that it knew something was wrong with the game but was unwilling to take any action. From the next edition of the competition in 1986, the football governing body made a new arrangement that mandates the last group matches to be played simultaneously.

Algeria moved on, but the lesson remained

Despite the obvious gang-up to eliminate Algeria, the team and the country moved on after FIFA’s decision. One would not deny the fact that the show by the Austrians and West Germans was heartbreaking to them but seeing two big football nations disgracing themselves to eliminate an underdog like them was something that made them proud.

“We weren’t angry, we were cool. To see two big powers debasing themselves in order to eliminate us was a tribute to Algeria. They progressed with dishonour, we went out with our heads held high,” Chaabane Merzekane, an Algerian right-back in the competition, said.

Lakhdar Belloumi, another Algerian in the competition, said: “Our performances forced Fifa to make that change, and that was even better than a victory. It meant that Algeria left an indelible mark on football history.”

While the Algerians maintained their cool and won the hearts of many with their outstanding performance, it took years before the German and Austria fans outlived what commentator Hugh Johns described as “the most disgraceful international matches.”

Although Germany managed to reach the final of the competition, they fell out of love with their own fans. Uli Hesse, in his book Tor, said: “Derwall (the German coach) unknowingly taught the country that there are things more important than winning.”

For many Austrian fans, their team would have lured the Germans into a false sense of safety by scoring a late equalizer in the game. Unfortunately, the Austrians fell for the trap and were even eliminated before the Germans.

Many years after the game, Briegel, who was part of the team, admitted that the two teams fixed the match at the expense of Algeria.

“We made the decision between all of us with them to not make too much of an effort in the game against Austria,” Briegel, now coach of Bahrain, said.

Every time two games are played simultaneously at the world cup, the Algerians will recall that the almighty German team and top-rated Austrian side brought the beautiful game to the muds because of their magnificent performance. Without a doubt, when the Germans and the Austrians recall what happened in 1982, they remember the lesson that winning a football match is not enough to win the heart of supporters.