The Government has condemned the recent vandalization of several political billboards in Antigua and Barbuda.

At the top of Dickenson’s Bay Street for example, what seems to have been concrete, was thrown across the face of Prime Minister Gaston Browne, while blue pain was splashed on that of the Leader of the United Progressive Party Harold Lovell.

“All of this is unfortunate”, says Information Minister Melford Nicholas.

“It is a part of an expression of sourness. Nobody from the ABLP would seek to deface that billboard. Clearly, we do not know who is responsible but clearly, there are persons who did not like that message so they tried to deface it,” Nicholas said on Pointe FM Saturday,

With the faces of Prime Minister Gaston Browne and Lovell on either side, the text in the middle of both political leaders read “these are different times, who has the skills to see us through”

Nicholas said all political parties must speak out against the matter. Prime Minister Gaston Browne has also condemned the act.

The billboard of Alister Thomas in St Johns City East was also vandalized. 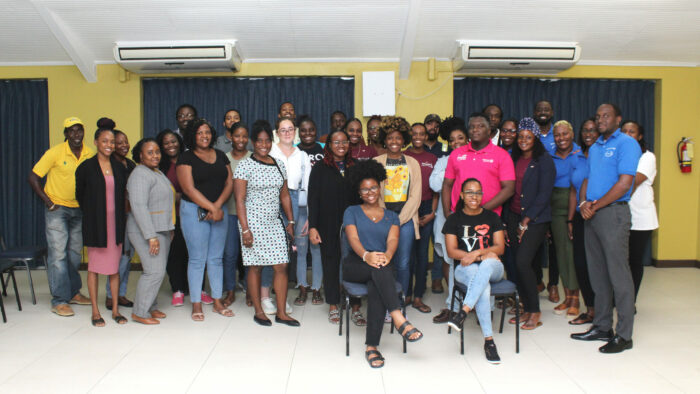