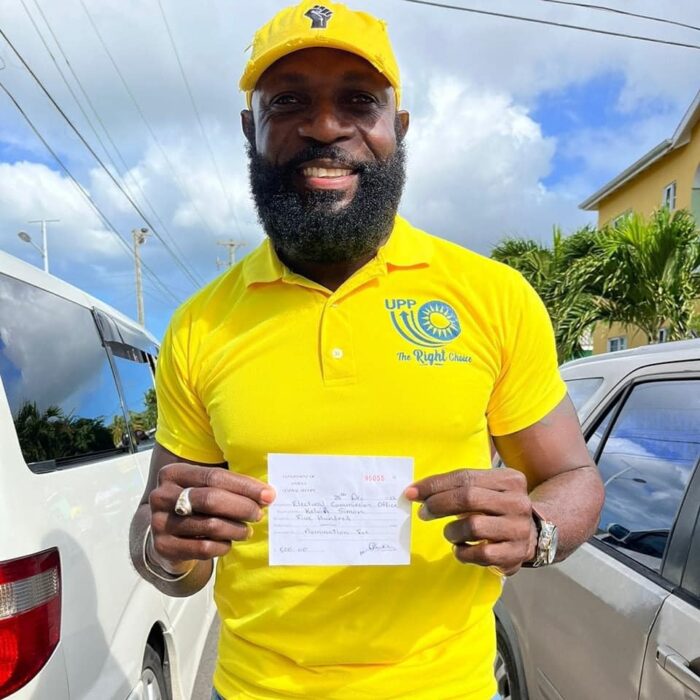 The main Opposition, the United Progressive Party (UPP) has issued a press statement assuring its members and supporters that its Candidate for St. Mary’s South, Kelvin “Shugy” Simon, was legally nominated yesterday.

A document circulating on social media on behalf of a voter has suggested that Shugy, as he is commonly known, should be disqualified as a nominee because he failed to resign from his position as a civil servant.

The legal paper was addressed to Lorna Simon, the Supervisor of elections

Casworth Aaron, through his law firm, Marshall & Co. quotes section 10 (1) of the Civil Service Act which states that “A civil servant is disqualified for membership of the Senate or the House of Representatives, or any local government body.”

But the UPP said despite claims to the contrary by certain political interests, Mr. Simon was nominated according to the requirements of the Representation of the People Act.

“In addressing the fabricated controversy about the legality of his nomination, the Party refers to Section. 39. 1. of the Antigua and Barbuda Constitution. It states: “No person shall be qualified to be elected as a member of the House who …  (g) holds or is acting in any public office or in the office of judge of the Supreme Court or Ombudsman or is a member of the Constituencies Boundaries Commission, the Judicial and Legal Services Commission, the Public Service Commission or the Police Service Commission….” the UPP said in its media release.

The Party draws attention to the word “elected,” noting that there is no prohibition on the nomination.

Notwithstanding that, only Brother Simon and the UPP will determine the pre-election date on which his resignation will be tendered, and we will not be coerced or intimidated by outside forces, the statement said further