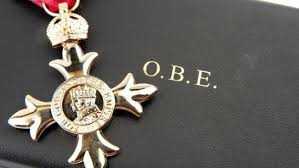 The 2023 New Year Honours have been announced by the Cabinet Office and are the first to be signed off by King Charles III, following his mother Queen Elizabeth II’s passing in September.

There are 1,107 recipients on what is regarded as the main list, with pretty much a 50/50 split between men and women. Additionally, there are a further 141 overseas individuals receiving recognition for their contributions, including several from parts of the Caribbean.

Separate lists for military service people; plus the police, fire, and ambulance personnel are also presented.

Amongst those awarded is a pastor and Windrush campaigner, several senior diplomats and ambassadors, MP’s, including two who caused ex Prime Minister Boris Johnson problems in the summer, and various celebrities, as well as many ordinary deserving folk.

The British honours are awarded on merit, for exceptional achievement or service, and nominations can be either UK nationals, or citizens of the 15 Commonwealth realms. They consist of Knights and Dames, appointments to the Order of the British Empire, and gallantry awards to servicemen and women, and civilians.

The Foreign Office has the responsibility for the Diplomatic Service and Overseas List, which recognises service overseas, or service in the UK with a substantial international component. Honorary awards for foreign nationals are recommended by the foreign secretary.

Nominations are assessed by independent experts and senior civil servants, before being passed to a selection committee that produces the list, independently of government influence, before it is submitted to His Majesty The King through the Prime Minister. He then informally approves the list and letters are sent to each nominee. Once a nominee accepts the proposed honour, the list is then formally approved.

The fantastic efforts of two senior diplomats who led the UK’s response to the war in Ukraine have been rightly acknowledged, with Damehood’s for Melinda Simmons, ambassador in Kyiv, and Deborah Bronnert, ambassador in Moscow. In addition, Louenna Hood, a nanny from Cambridgeshire, who raised more than £190,000 and delivered essentials for people fleeing from Ukraine, has received a British Empire Medal.

Three politicians have been bestowed with a knighthood and two of them were heavily involved in the criticism of Boris Johnson’s government, which eventually led to his resignation.

Sir Chris Bryant as he will now be known, the chair of the Commons Standards Committee and Tory Sir Julian Lewis, chairman of the Parliamentary Intelligence and Security Committee, are joined by Conservative Sir Alok Sharma, who receives his award for contributions to combatting climate change through his leadership at COP26.

Helen Grant the former sports minister has been awarded an OBE and another former Conservative minister, Andrew Stephenson, has been made a CBE.

There was also a knighthood for Matthew Rycroft from the Home Office; and the UK’s ambassadors in Ukraine and Russia, namely Melinda Simmons and Deborah Bronnert, have been made Dames.

For various services undertaken in Caribbean territories or dependencies, there has been a clutch of awards announced:

Nearly 60 percent of the recipients on the main list are people being recognised principally for having carried out outstanding work in their communities, either in a voluntary, or charitable capacity.

The youngest is 18-year-old Dara McAnulty from Annalong, Co Down, Northern Ireland, who received a BEM for his environmental work and help for people with Autism Spectrum Disorder.

The oldest is 100-year-old Peter Offord Davies from Macclesfield, who has received a BEM for his work as a school reading volunteer.

Many campaigners have been recognised, including an individual who was massively committed to helping victims of the Windrush scandal. Pastor Clive Foster has received an MBE and said of the news breaking today (31 December), was especially “poignant”, explaining that the announcement was made while he is in Jamaica visiting family and “showcased the immense contribution” that the Windrush communities have made to the UK.

Marie McCourt, who campaigned to make it harder for killers and paedophiles who hold back information on their victims to receive parole, has been made an MBE.

Drawn towards an award

Illustrator and comic artist David Sutherland, who has spent 60 years drawing for the Beano and was responsible for Dennis the Menace and The Bash Street Kids has been given an OBE.

From the world of showbiz and music there have been plenty of recognition. Queen’s guitarist Brian May receives a knighthood, 17 years after getting a CBE. He is rewarded for his services to music and to charity.

92-year-old Dame Mary Quant, who is widely credited with popularising the mini skirt, joins the exclusive Order of the Companions of Honour; reserved for people who have made a major contribution to the arts, science, medicine or government.

Grayson Perry gets a knighthood for services to the arts; and Virginia McKenna the 91-year-old actress and co-founder of the Born Free Foundation, is made a Dame for services to wildlife conservation and to wild animal welfare. Actor David Harewood who has starred in Homeland and thought-provoking documentary Will Britain Ever Have A Black Prime Minister? will receive an OBE.

Comedian Frank Skinner has been made aware of an MBE for services to entertainment coming his way, but said he had not yet told his family because he thought it may have been “some sort of administrative error”; as ever looking for a joke line to every situation.

Acceptance is not obligatory

Of course people are not compelled to accept the awards many have indeed declined their nominations including the likes of:

Film maker Ken Loach who was quite cutting in his 1997 rejection of an OBE, saying it was not a club he would want to join considering some of the “villains” who had already got them.

David Bowie who in 2000 said he seriously did not know what it was for and it was not what he had spent his life working for, when turning down an OBE.

Celebrity Chef Nigella Lawson said in 2001 that she was not saving lives, nor doing anything other than doing something she absolutely loved, so was not deserving of an OBE.