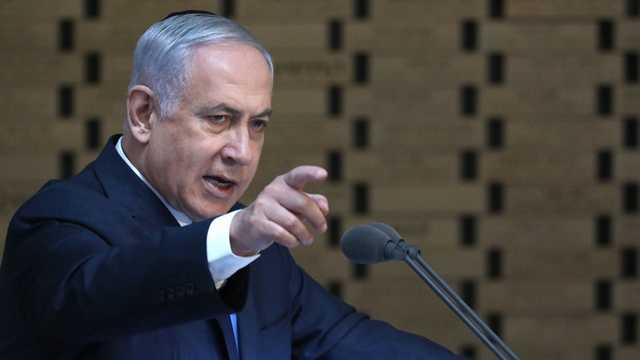 The newly formed Israeli government has kicked against the resolution by the United Nations, which referred the Israeli-Palestinian conflict to the International Court of Justice. The country’s new prime minister Benjamin Netanyahu described Friday’s vote as “despicable.”

“The Jewish people are not occupiers in their own land nor occupiers in our eternal capital Jerusalem and no U.N. resolution can distort that historical truth,” Netanyahu said in a video message on Saturday. He insisted that neither the decision of the UN nor the International Court of Justice would be binding on Israel.

On Friday, the United Nations General Assembly voted to approve the resolution demanding the World Court to examine the situation in Palestine and determine the legal status of Israel’s occupation and annexation of Palestinian territories.

“Israeli practices and settlement activities affecting the rights of the Palestinian people and other Arabs of the occupied territories” and calls on the Hague-based ICJ to “render urgently an advisory opinion” on Israel’s “prolonged occupation, settlement and annexation of Palestinian territory,” the title of the resolution reads.

Israel satisfied with the vote despite the outcome

While the votes seem to have gone against what Israel wanted, it is noteworthy that 79 countries either abstained or voted against it. What that means is that the resolution went through with a small margin.

“We are satisfied with the achievement despite the loss in the vote — there was a change from many countries, and this is a message for the continuation of the process,” the Israeli Foreign Ministry reportedly said, as reported by Kan news.

Despite Israel’s satisfaction with how the voting went, it was not satisfied with its timing as it was on a Shabbat. Gilad Erdan, Israeli ambassador to the UN, argued that it was a deliberate attempt to prevent Israel’s opinion from being heard. He insisted that Israel would not abide by any similar decision from the UN and the International judicial body.

“No international body can decide that the Jewish people are ‘occupiers’ in their own homeland. Any decision from a judicial body which receives its mandate from the morally bankrupt and politicised UN is completely illegitimate,” Gilad Erdan said.

Palestinians happy with the decision

While the Israelis are unhappy with the resolution, The Palestinians seem excited about it. Hussein al-Sheikh, a senior official of the Palestinian government, described the outcome as a “victory for Palestinian diplomacy.

Nabil Abu Rudeineh, the spokesperson to Palestinian President Mahmoud Abbas, said: “The time has come for Israel to be a state subject to law, and to be held accountable for its ongoing crimes against our people.”

While there are political differences in Israel, almost every Israeli believes they rightly owned the occupied territory, and nothing could change that. The only difference is the approach with which different governments handle the situation. The newly sworn-in government led by Benjamin Netanyahu has promised to reclaim the territory completely, even if it means doing so aggressively.

Who owns the West Bank?

The answer to that question depends on who you ask. The Palestinians believe they are the rightful owners of the land and the Israelis are invaders. Most of the world agrees with this and has called for the withdrawal of the IDF from the area.

On the other hand, the people of Israel believe it is their land, as stated in the Bible. To them, the occupied areas are the lands of Judea and Samaria, and the Palestinians were the first to invade a territory that was not theirs. Israel regained control of the territory during the 1967 war and expelled 300,000 Palestinians from their homes. Since then, it is controlled by the Israeli army. It is the longest occupation in modern history.

Every attempt by the international community to bring lasting peace to the region has failed because there is always an objection to every proposed solution.