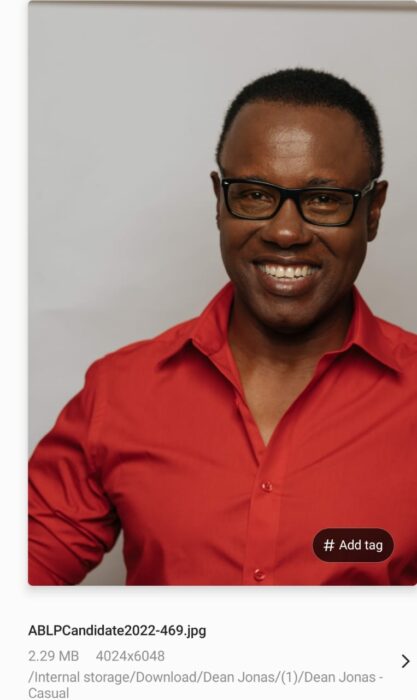 The Antigua and Barbuda Labour Party (ABLP) candidate for St George Dean Jonas has denied claims that he displayed his firearm at United Progressive Party’s supporters.

According to a report in the Daily Observer, UPP supporter, Marlon Davis said while driving an announcement vehicle for the UPP candidate for St George he was allegedly caught in traffic behind a black truck supposedly driven by ABLP candidate Dean Jonas that was also playing political announcements in the New Winthorope’s area.

Davis claimed that after being stuck behind the truck for approximately 10 minutes, Jonas turned his vehicle to cut off traffic at the junction near the New Winthorpes playing field before drawing his gun and allegedly threatening to shoot, having been upset by the material the UPP campaign vehicle was playing at the time.

The report states that a bystander from another vehicle purportedly stepped out to prevent any further altercations by addressing Jonas’ actions and both parties departed from the scene.

But Jonas denied the allegations in a press statement on Monday saying that claim is wholly untrue.

The statement said that the UPP team intentionally trailed Jonas in their SUV outfitted with speakers.

“The UPP candidate and his operatives have tried to make a nuisance of themselves, coming very close to triggering physical confrontation. They have been warned to stay far away, as is the custom,” Jonas said.

“I have the impression that the UPP team is growing more and more desperate as the smell of defeat becomes more discernible,” he remarked.

Jonas said “the losing UPP and their operatives are seeking sympathy by concocting stories that are false, irresponsible, and lacking in substance”

Sixteen more days of campaigning remain, the Representative noted; hence, the electors can expect sixteen more lies and false claims daily that are intended to achieve the snake-like ends to which all serpents aim. They are not to be believed, Jonas said