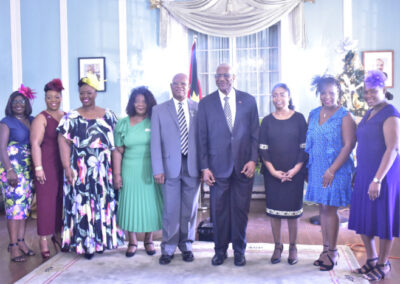 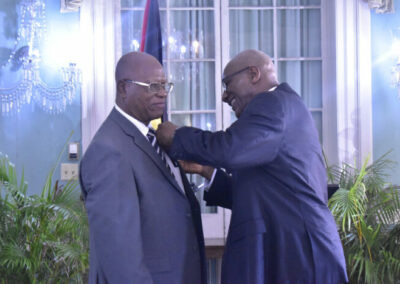 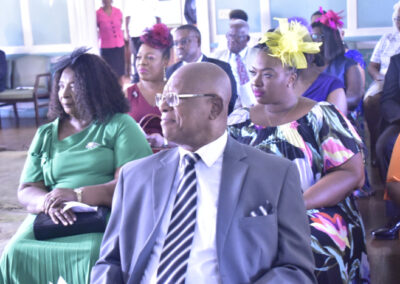 Marcelle was awarded for his contribution to national security and public safety. He was awarded at the government’s house.

Marcelle said moments after receiving the prestigious award that the recognition could not have been made possible without the support of his family and friends.

He also thanked members of the police force and the Police Service Commission who he said played a significant role in his career.

Marcelle served as a member of the Royal Police Force of Antigua and Barbuda (RPFAB), since1969 after migrating to the twin island state from St Kitts and Nevis.

Marcelle who is now serving as a member of the PSC and also had some admonition to officers still in the force.

“I humbly wish to share this prestigious medal with the entire rank and file of the police force. I encourage you to take the job seriously and to be the best you can be so that when you retire from the service you can look back and say like Paul the Apostle ‘I have fought the good fight, I have finished my course. charge you to love yourselves, love your country and serve with dignity,” he added.

Meanwhile, Police Commissioner Atlee Rodney said Marcelle has proven over the years to be a dedicated and committed worker.

“Today I am happy to share in this moment because I have seen a friend…I had the opportunity to work with Mr. Marcelle and I have learned a lot from him, am indeed humbled at this point not just to be invited to this auspicious occasion but to be given the opportunity to say a few words. When men like Mr. Marcelle and others, including myself, step out in this career path of policing, we did it with dedication and commitment, not thinking about any awards and rewards,” he added.

The Queen’s Police Medal is awarded to police officers for gallantry or a specially distinguished record in police-specific services of conspicuous merit.

The medal was established on 7th July 1909 as the King’s Police Medal (KPM) in the UK, inspired by the need to recognize the gallantry of police officers.

Renamed the King’s Police and Fire Services Medal (KPFSM) in 1940, it was replaced on 19th May 1954 by the Queen’s Police Medal (QPM) and awarded for Distinguished Service.

Between 1909 and 1979, the medal was bestowed 4,070 times, for both gallantry and distinguished service, including dominion and empire awards.

A total of 54 bars and one-second bars were awarded in this period.

The original KPM, despite its name, was also awarded to members of recognized fire brigades.

It was originally intended that the medal should be awarded once a year, to no more than 120 recipients, with a maximum of 40 from the United Kingdom and Crown dependencies; 30 from the dominions; and 50 from the Indian Empire.

More could be awarded in exceptional circumstances.