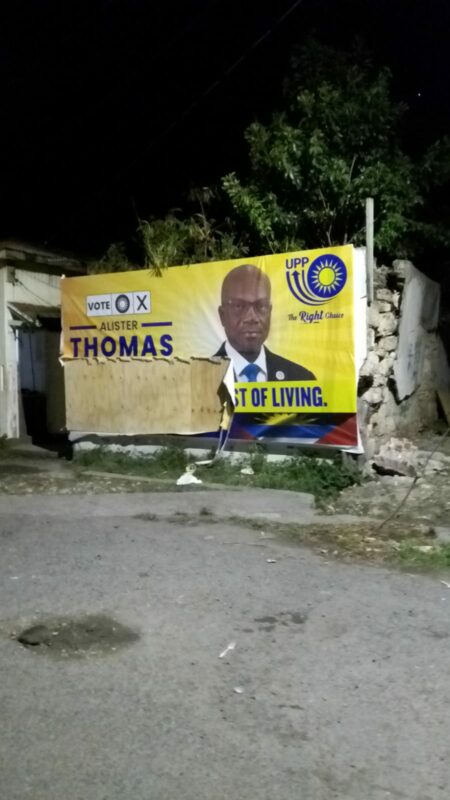 The advice from the country’s top cop about pulling down, destroying, and defacing political paraphernalia has clearly been thrown out the window.

The practice has seemingly increased just mere hours after Atlee Rodney went on State TV to address what he said is an illegal doing.

On Thursday morning, residents in St Johns City West woke up to a destroyed billboard of the United Progressive Party’s candidate Alister Thomas.

This is reportedly the second time that the billboard has been destroyed. This billboard according to the UPP was damaged two days after it was erected