No work permit for CARICOM and Dominican Republic nationals 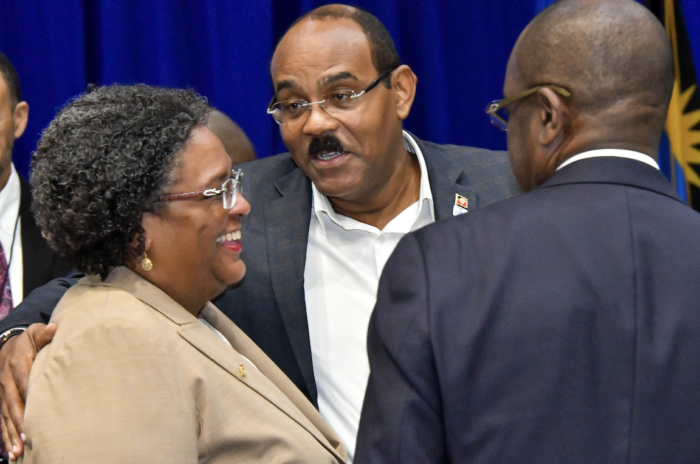 This news just came in from the Director General of Communications Maurice Merchant.

“The Government of Antigua and Barbuda, consistent with its obligations under Articles 45 and 46,  clauses 2 (iii) and 3 of the CARICOM Treaty, has decided to eliminate the requirement for work permits for nationals of CARICOM Community countries who are gainfully employed in Antigua and Barbuda, effective January 1st, 2023,” according to the just-released statement.

According to Merchant, the Government has also decided that, in keeping with Antigua and Barbuda’s commitment to the economic integration of the Caribbean region, the elimination of work permits for persons who are gainfully employed, will be extended to people from the Dominican Republic.

“In combination with an earlier Government decision to waive all unpaid work permit fees, which were due up to 31st December 2022, this means that all nationals of CARICOM countries and the Dominican Republic who are now in Antigua and Barbuda and are gainfully employed will not be required to pay for a work permit,” the statement read.

These decisions are, according to the statement, an acknowledgment of the role that our Caribbean brothers and sisters have played, alongside native Antiguans and Barbudans, in the development of our country; and the need for labour as our economy expands.

The statement recalled that Antigua and Barbuda is a founding member of CARIFTA, which preceded the establishment of CARICOM, and is also a founder of the Organization of Eastern Caribbean States, whose nationals already enjoy freedom from work permits.

“Two of our National Heroes, Sir Vere Cornwall Bird, and Sir Lester Bird were committed regionalists, as is a third National Hero,  Sir Vivian Richards, who led CARICOM nationals in the West Indies Cricket team – the most integrated sport in the Caribbean,” according to the statement

Lovell said yesterday that while members of the Organization of the Eastern Caribbean States are free to work and move within member countries, CARICOM nationals don’t have that privilege. They are required to pay fees to be able to legally work.

He said effective March, 01, a UPP government will waive the work permit requirement. In fact, he said Caricom and Dominican Republic nationals who have been living and working in Antigua and Barbuda as of January 1 this year would be eligible for the waiver.

According to Lovell, Guyanese or Jamaicans and other Caribbean Caricom nationals, as well as nationals from the Dominican Republic, who have been working peacefully among us will no longer require a work permit.

“This represents further advancement towards the Caribbean Single Market and Economy and regional integration,” he said.

Additionally, Lovell said the One Caribbean Act would also see amendments made to key areas of legislation.

“Undocumented immigrants who came to this country as minors and have lived and attended primary and secondary school here and consider Antigua and Barbuda their home will be fast-tracked on a pathway to citizenship upon attaining the age of 18 as part of the One Caribbean Act…And we will also seek to amend the Constitution to allow people who have an Antiguan and Barbudan great-grandparent who was born in Antigua and Barbuda to secure their Antigua and Barbuda passport by descent,”,” he added.

The UPP is also promising to protect those who “break their residency period due to unavoidable absence caused by the Covid pandemic. He said these people will suffer no adverse immigration consequences.

The government insists that all the promises by the UPP are election gimmicks.