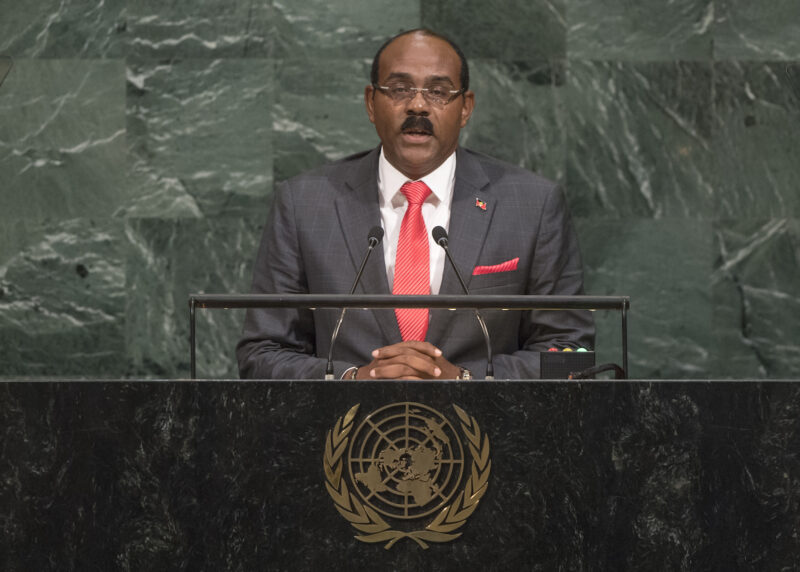 72 General Debate – 20 September by His Excellency Gaston Alphonso Browne, Prime Minister and Minister of Finance and Corporate Governance of Antigua and Barbuda

The Government of Antigua and Barbuda has condemned the storming of the Congress in Brazil by supporters of the country’s former, leader, Jair Bolsonaro.

Prime Minister Gaston Browne also denounced the actions of right-wing groups who surrounded the Supreme Court and the Presidential Palace.

Thousands of supporters of Brazil’s far-right former president Jair Bolsonaro invaded the country’s congress, the presidential palace and supreme court on Sunday, in a grim echo of the US Capitol invasion two years ago by backers of former president Donald Trump.

TV images showed dozens of rioters being led away in handcuffs. Police said 300 people had been arrested over the attacks

Browne said “Mr. Bolsonaro lost the Presidential election, found to be free and fair by Observers from international organizations, including the Organization of American States, and the will of the electorate must be fully respected”.

“These attacks on institutions of government by groups, seeking to overturn the results are assaults on democracy, which will not be tolerated by the governments and peoples of the Hemisphere”,  Prime Minister Browne stressed.

“The Government of Antigua and Barbuda stands in support of democratically-elected President Luiz Inácio Lula da Silva and his government, and we will make this position clear at the OAS and at the UN, in the coming days,” the Prime Minister added.