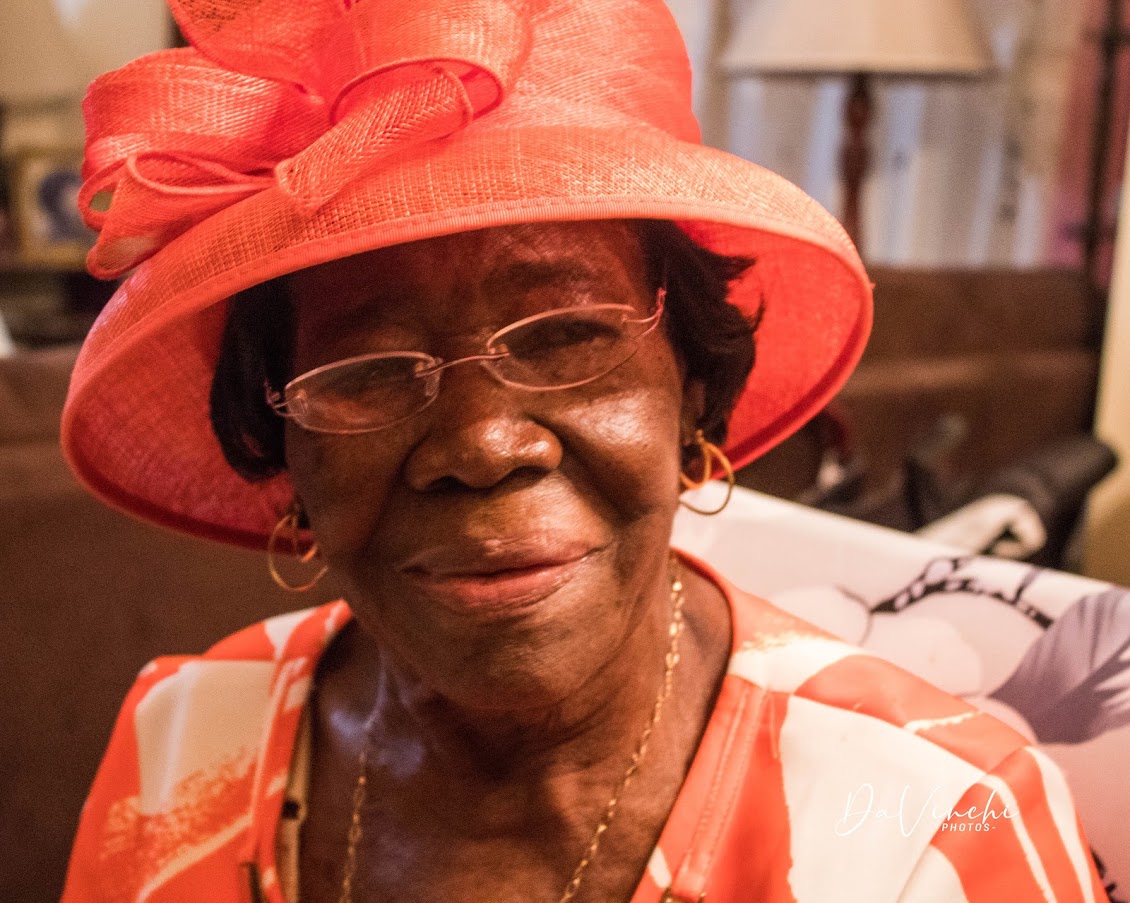 Most people don’t live 100 years. Especially these days. So, help us congratulate Hermena Joseph Goodwin also known as Winifred or Winnie on her 102 birthday.

She was born December 28th, 1920 as told to her by her mother however her official date of birth was recorded as January 10th, 1921.

Her family said that this was based on the date given by the midwife seeing that in those days most children were born at home and the birth would not have been recorded until the midwife visited the area.

She was born on the historic Betty’s Hope Estate to her parents Clementina Benjamin and Edward Joseph.  She was the last of 4 children for her mother with her being the only girl and the first of 7 children for her father.

Her father Edward emigrated from Antigua to Cuba in search of work before she was born so she never met him until later in life.

At the age of 9 months, she was taken to English Harbour to be cared for by her paternal grandmother.  At the age of 4 her mother took her back into her care where she resided at Pares Village.

She attended the All Saints School from the age of 5 and due to there not being a school in Pares she stayed with her Aunt Louisa Benjamin in All Saints.

After completing 6th Standard in her teenage years she decided that she did not want to go on to 7th Standard as she wanted to become a seamstress.

This had been a dream of hers since age 10 where she would be constantly making clothes for her dolls whenever she was able to find a piece of fabric.

Her mom insisted that she return to school but she was determined to become a seamstress.

Her mom gave in and soon made arrangements for her to be trained in St. John’s by a lady who they referred to as Miss Baby.  So at the age of 17 Winnie embarked on the journey to becoming a seamstress

In the late 1930’s to early 1940’s her skills as a seamstress afforded her the opportunity to work at Lyons Estate where she made and fitted dresses for the Goodwin Family who were the occupants at the time.  From her recollection they were originally from Canada.  In the 1960’s she was employed by the Studio on Cross Street where she was proven to be one of their best seamstresses and again was highly involved in the construction of elaborate designs to include Carnival Queen gowns.

Winnie loves to be entertained and is a great dancer.  Her trip to Cuba revealed to her where the talent came from and it was definitely from her father.

When they put the music on they danced together and she remarked that he was a brilliant dancer.  She also enjoyed attending singing meetings where she would win prizes for being the best singer.  These meetings would take place at the different estates.

We asked her what was the key to a long life and her words to us were “Go to Church, read your Bible and don’t stay out late at night”.