Loan agreement for UWI Five Islands is set for signing on January 17. 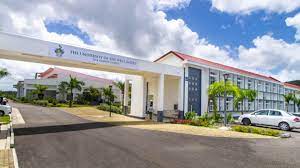 After several months of negotiations, the government announced that the Kingdom of Saudi Arabia agreed on the US$80M loan to expand the university

Prime Minister Browne said the UWI Five Islands Campus is the “crown jewel” of the country’s education system and the aim is to make the twin island state a center for higher and technical-vocational education in the Eastern Caribbean.