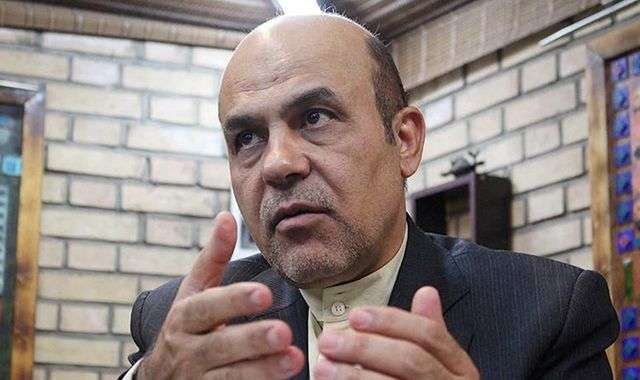 When the Supreme Court of Iran sentenced Alireza Akbari to death on Wednesday, the world knew there was little it could do to save him from dying.

They threatened, raised their voices, condemned Iran, and even pleaded, but on Saturday, the former Iranian defence ministry official was hanged, being the latest Iranian to face capital punishment. According to the country’s judiciary, Akbari was sentenced to death for spying for the United Kingdom.

“On this basis and after filing an indictment against the accused, the file was referred to court and hearings were held in the presence of the accused’s lawyer and based on the valid documents in this person’s file, he was sentenced to death for spying for the UK,” Iranian Judicial News agency, Mizan, reported on Wednesday.

Unlike the protesters that were sentenced to death for waging a war against God, Alireza Akbari committed the crime of “Corruption on Earth” and harmed the country’s internal and external security by passing on intelligence to the United Kingdom. He was described by Iran’s intelligence ministry as “one of the most important infiltrators of the country’s sensitive and strategic centres.”

Mr Akbari was the deputy defence minister of Iran and headed the Strategic Research Institute. He also served as a member of the military organisation that implemented the UN resolution that ended the war between Iraq and Iran.

He would later become a British citizen, and the Iranian top Court believes it was his reward for spying for the United Kingdom.

He was arrested in 2019, and after his death sentence, his family was allowed to pay him a final visit before his execution on Saturday.

Following Akbari’s death sentence, the UK government called for his release and described the death sentence as politically motivated.

“Iran must halt the execution of British-Iranian national Alireza Akbari and immediately release him,” James Cleverly, the US foreign minister, wrote on Wednesday. “This is a politically motivated act by a barbaric regime that has total disregard for human life.”

The government said it was working hard to ensure his release but his execution means the calls were not heard by the Iranian Supreme Court and Supreme leader.

“We are supporting the family of Mr Akbari and have repeatedly raised his case with the Iranian authorities,” the British foreign office said in a statement earlier this week. “Our priority is securing his immediate release and we have reiterated our request for urgent consular access.”

Following his execution, James Cleverly said the Alireza Akbari’s death will not stand unchallenged, describing it as a barbaric act that “deserves condemnation of the strongest possible terms.”

“My thoughts are with Alireza Akbari’s family,” Cleverly wrote.

Akbari’s execution is the fifth in recent times after four protesters have been executed in connection with the protests that took place in the country last year over the death of Mahsa Amini.

Was Akbari a spy?

One cannot tell if Mr Akbari was a spy or not because the United Kingdom and the man himself denied the allegation. However, files recovered from him are said to have contained suspicious documents linking him to the United Kingdom. At a time, he left Iran for the United Kingdom, a move many believed was on the advice of the British government. The relationship between the British-Iranian citizen and the UK government was robust, and one can easily conclude that he was working for it.

He is said to have confessed to committing the alleged crimes after interrogation by Iranian intelligence. He later said he was coerced into making those confessions.

“By using physiological and psychological methods, they broke my will, drove me to madness and forced me to do whatever they wanted. By the force of gun and death threats, they made me confess to false and corrupt claims,” Akbari stated. He also accused the Iranian government of killing him to revenge against the UK.

While it is unclear if he truly worked for the UK government, nothing he did warrants an execution. His execution could also be politically motivated, being that the government continues to rule with an iron fist.

Iran is being accused of weaponising death to curb the excesses of its citizens, as there are more people awaiting execution, even without committing a real crime. Unfortunately, the world could only sit back awaiting the execution of the next Iranian.