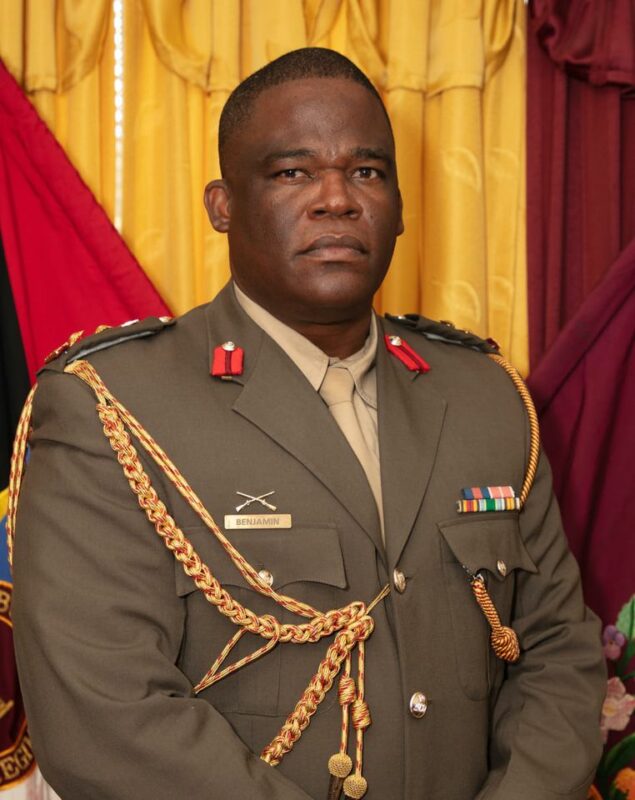 ​The head of the Defence Force, Colonel Telbert Benjamin, has found himself as the primary defendant in a legal battle in the High Court of Justice over allegations of unlawful acts and breaches of the constitutional rights of one of his subordinates.

Our newsroom understands that the Claimant, Captain Javonson Willock, has sought several reliefs, including orders and declarations against Benjamin dating back to March 2021.

We have been reliably informed that Attorneys for Colonel Benjamin has appealed to Justice Jan Drysdale to strike out Captain Willock’s claim on two occasions, both of which were refused.

There being a case to answer by the head of the Defence Force, both parties agreed to enter negotiations to explore the possibilities of settling through mediation.

We now understand that the mediation process had been frustrated. Consequently, the claimant has instructed his attorney to terminate all discussions and have the matter proceed to trial, scheduled for January 17, 2023.

Meanwhile, Captain Willock has challenged another decision made by Colonel Benjamin to revert his indefinite commission, which he was granted over seven years ago, to a commission for a prescribed period.

We have been informed that if Benjamin’s attempts to revert Captain Willock’s commission are successful, his career in the Defence Force could end as early as January 31, 2023 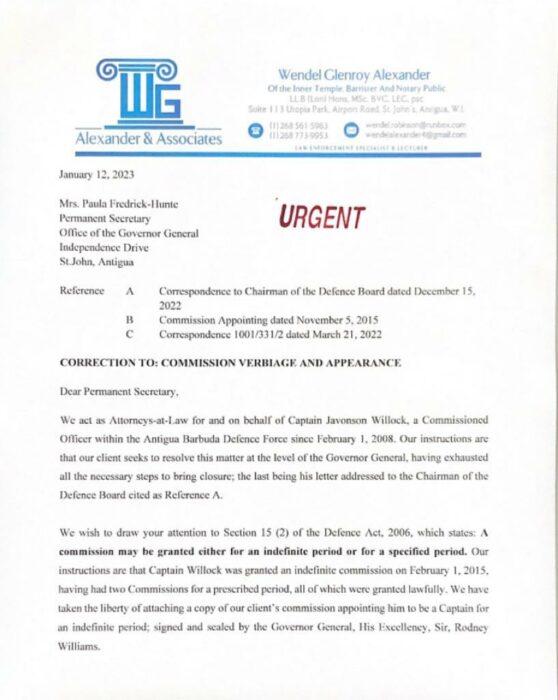 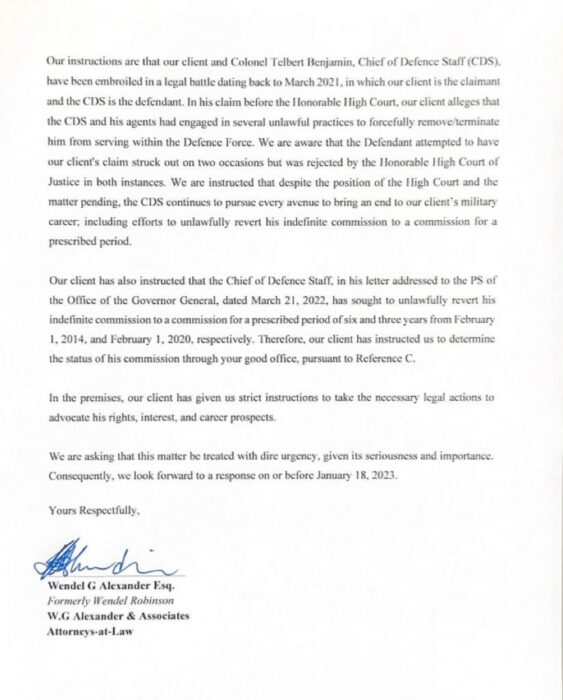 Wendel Robinson, who represents Captain Willock, was instructed “to take the necessary legal actions to advocate his (client’s) rights, interest, and career prospects if efforts to resolve the matter at the Office of the Governor General fails. A copy of the correspondence can be seen below.

Both matters between the Claimant and the Defendant have been determined to be of great public interest.

Our newsroom will continue to monitor the developments closely.