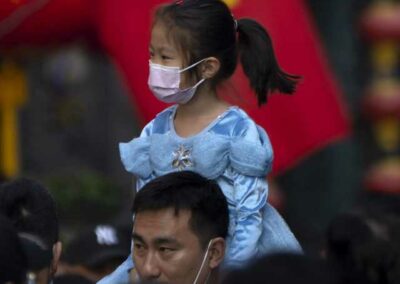 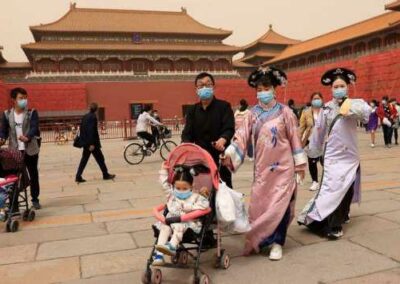 With the development, experts are predicting a continuous decline in the coming years, and there are suggestions that India might soon overtake China as the world’s most populous nation. That is if it had not already done so. India’s population is somewhere around 1.4 billion, almost the same as China, but some experts believe India might have overtaken the fellow Asian country recently.

With an increase in population and a decline in the birth rate, analysts are worried that sooner or later, the country’s economic growth will be adversely affected as government revenue will decrease.

Yi Fuxian, a demographer in China, said: “China’s demographic and economic outlook is much bleaker than expected. China will have to adjust its social, economic, defence and foreign policies.”

Like other demographers, Fuxian is worried that with a decline in government revenue, the available resources might not be able to care for its citizens. The worse might not have come for China, as international experts believe that the population’s decline will continue for years, and by 2050, the population will have been reduced by about 109 million people.

Despite the worries, Kang Yi, head of the statistics bureau, said there was no need to be worried about the decline in population as “labour supply still exceeds demand.”

Another significant cause of the decline was the variation between births and deaths. In 2022 alone, deaths in China were 10.41 million, while the number of births was 9.56 million. Another noteworthy fact in China’s population is the striking gap between the number of women and men in the country. The newest statistic shows that there are 722.06 million men in China, while women are 689.69 million. That means there are 32.37 million more men than women.

Between 1980 and 2015, the Chinese government imposed a one-child policy on its people. The government felt the country’s population was growing too fast hence the need to curb it. In 2015, the government announced that beginning in 2016, citizens can give birth to two children. However, the one-child policy, despite its numerous advantages, created some issues that remain unresolved to this day.

The first of them was a sharp increase in the male population. Most Chinese families preferred a male child to a female. With the one-child policy, most of them ensured that their only child is a boy, hence the wide variation between the male and female population in the country. The abortion rate was on the increase as female fetuses were aborted after an ultrasound sex determination.

The one-child policy also resulted in an aged population. The citizens were growing older, coupled with a declining birth rate. Interestingly, the policy increased the life of the Chinese people. Unfortunately, since most parents depend on child support, there were very few people to care for them in old age.

After over 40 years, the result of the policy has played out, and it will continue as such for at least a century. Despite abolishing the policy, it looks like the average Chinese is almost uninterested in having more than one child. Some are not even interested in having a child. No doubt, the one-child policy did its job.

“Is it really important to have offspring?”

Chinese on social media are asking if “it is really important to have offspring.” With the high cost of living, many young ones seem uninterested in raising a family. Online searches for baby strollers on China’s search engine dropped by 17 percent in 2022. Since 2018, the search for the item has dropped by at least 41 percent.

“The fundamental reason why women do not want to have children lies not in themselves, but in the failure of society and men to take up the responsibility of raising children,” a Chinese woman wrote on social media. “For women who give birth, this leads to a serious decline in their quality of life and spiritual life.”

“I love my mother, I will not be a mother,” another wrote.

In trying to reverse the effects of the one-child policy, some Chinese regions are now offering birth bonuses and allowances until the child is three years old.

Jinan, another Chinese city recently introduced a monthly allowance of 600 yuan ($89) for couples with two children.

Xinjiang Peng, a senior research fellow at the Centre of Policy Studies at the Australia’s University of Victoria, told Al Jazeera that China’s fertility rate is low compared to the United States, Australia and other countries.

“The Chinese government has to find effective policies to encourage birth, otherwise, fertility will slip even lower,” Peng said. “It will have a profound impact on China’s economy from the present through to 2100.”

As China battles to keep up its economy running, all fingers are crossed awaiting India’s takeover as the country with the highest population. 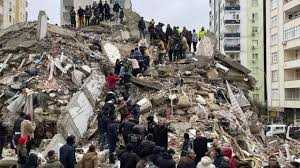