So a week on from the publication of his hugely controversial memoir“Spare” and unsurprisingly Prince Harry’s book has found its way to the top of the list as the fastest-selling non-fiction book in the UK since records began. It sold 467,183 copies in its first seven days, according to official figures released this week.

However, that categorisation of “non-fiction” may have to be re-examined, after multiple inaccuracies were discovered, which at best might be blamed on a confused mind, but with an open admission that his recollection of facts is “blurry” and that his memory “does as it sees fit”, much of the book’s content has to be severely questioned.

In other words how he chooses to remember events is “his truth”, but whether that is the actual truth is an entirely different matter; or to put it another way, much of the book could actually be classed as fiction!

Nearly half a million copies sold

Spare, the title of which is Harry’s play on where he saw himself in the Royal Family pecking order, was actually written in conjunction with celebrity ghostwriter JR Moehringer, and is the Duke of Sussex’s account, in behind-the-scenes personal detail, of conflicts within the “institution”, as he likes to make reference to.

It went on sale on 10 January, amid massive publicity, much of it driven by the prince himself, especially through a series of TV interviews in the days leading up to its release. Revelations were leaked early when it came out in Spain several days before its official launch, but no harm was done judging by the sales figures.

The only books reportedly to have managed higher first-week sales were:

In the Duke of Sussex’s own words “Whatever the cause, my memory is my memory… there is just as much truth in what I remember and how I remember it as there is in so-called objective facts.” He goes onto say elsewhere in the book: “Dates? Sorry, I’ll need to look them up. Dialogue? I’ll try my best, but make no verbatim claims, especially when it comes to the nineties.” There is also a self-contradictory line: “That’s the story, anyway; it has appeared in many accounts of my life, as gospel, and I have no idea if it is true.”

These are quotes not particularly reassuring when being asked to accept over 400 pages of somebody’s account of events, which are deeply personal and damaging in the extreme to certain individuals. It is almost as if they have been included as a ready-made “get out-of-jail” card, for when he is challenged on any specific content.

When pushing the publication, Harry went to great lengths to justify his revelations by stating that they were his opportunity at “making history right”. That now looks an extremely shallow statement, and while much of his stories are far from earth-shattering, the sheer weight of inaccuracies within the content has to have an effect on the overall acceptance of the book in its entirety.

There seems to be a level of hypocrisy running through the book, with constant reference to media intrusion and attacks on his wife, Meghan and himself, without substance. Yet here he is pulling the pin on a grenade under his own family, with threats of more revelations to come (although that is potentially just pre-selling future publications), without any apparent actual evidence; the irony is there for all to see.

Memory “does as it sees fit”

We can all get a story or two mixed up, maybe get a date wrong or something like that, but that is when recounting an anecdote to a group of friends, not when creating an explosive “tell-all” memoir that is going to be read all around the world. Surely, it is vital to check facts, but apparently his memory “does as it sees fit”, which is fine, but by the same token, asking buyers paying a lot of money to read his “truth” seems to be wrong on so many counts.

A royal biographer and a former place aide were two of the first people to openly criticise the book, with one demanding a public apology from the outspoken prince.

Hugo Vickers who is a historian, but also a royal biographer declared the many errors that litter the book to be “quite serious” and more than anything, serve only to further “discredit” Harry’s volatile allegations. “I am horrified by the amount of mistakes that have been found, both historical and also in relation to things he did,” was his immediate reaction, after his first sighting of the book’s content.

He continued to beg the question: “If he can get those sorts of things wrong, what else can he get wrong, you are bound to ask yourself.”

Even more irate with regards to specific details within the book was Dickie Arbiter, now 82, and who was Assistant Press Secretary to the late Queen Elizabeth II. He has claimed that one particular passage has been written so as to allow a quote to be wrongly interpreted as coming from him, and has requested an apology be issued.

It centres around an article published in a UK tabloid newspaper which offered up opinions on Harry and Meghan’s decision to step back from royal duties in 2020. In the book Harry writes: “Among the jury (Fleet Street) was the Queen’s ex-press secretary, who concluded, with his fellow jurors, that we should hereafter “expect no mercy”.

Mr Arbiter understandably suggests that although not mentioned by name, the wording is by association pointing the finger at him, given that he was the only former courtier regularly contacted by the media.

In seeking acknowledgement of what he described as a “mis-representional error”, Mr Arbiter said: “I wish to make it abundantly clear I was not asked to be a part of the ‘jury’ and I certainly would not use words like ‘expect no mercy’.”

Many of the others mistakes are in isolation, relatively harmless, and in some cases might even be classed as slightly pedantic; but when appearing at regular intervals throughout a book that has been sold as a “true” account of events within the most famous family in the country – if not the world – then credibility has to take a major hit.

Just a few of the claims

Other inexplicable entries and convenient omissions

One of the major claims thrown at his family prior to this book were his revelations in the damaging interview he gave alongside Meghan, to Oprah Winfrey, which hinted at racism within the royal family. He dismissed any such belief in one of his promotional interviews prior to the book’s publication and instead laid the blame at the hands of the British press.

Yet he was perfectly happy for that to become the narrative at that time. There is no mention of the conversation anywhere in the book.

Ceremony or just as rehearsal?

He does bring up the perplexing claim that they gave on the same Oprah interview in which they ridiculously claim that three days before their wedding the Archbishop of Canterbury carried out an impromptu ceremony. To be fair it does seem that his wife took the action far more seriously than him, but he still fails to acknowledge that it was simply a rehearsal, in which they recite their vows, just like any couple would.

At the “actual” wedding he writes that the first thing they saw after leaving church were snipers on rooftops, who he claimed were there due to the unprecedented number of threats that police were picking up. With an air of arrogance he completely ignores the fact that snipers are on duty at almost every major royal event, from Trooping the Colour to the State Opening of Parliament. He also failed to acknowledge that snipers were very much in evidence at his brothers wedding, seven years earlier.

Lack of appreciation towards brother

His appalling digs at Prince William will not do him any favours either, as they just reek of a younger brother being envious of his older sibling’s attention. He seemingly has experienced nothing out of the ordinary, quite the contrary in actual fact, and given their fame it is something he should be showing gratitude to his brother for, rather than ripping into him and Kate, from the safety of a ghostwriters pen.

Who is the ghostwriter?

JR Moehringer apparently received a $1m advance for “Spare,” while reports suggest that Harry got at least $20 million upfront. This is the same ghostwriter who helped with the memoirs of former tennis champion Andre Agassi, and Nike founder Phil Knight.

He has defended the book dismissing any “inadvertent mistakes” as to being common in autobiographies, where “the line between memory and fact is blurry”. He is good friends with George Clooney, who is thought to have been responsible for the introduction to Harry.

His route into journalism began as a news assistant at the New York Times, before moving onto the LA Times, where he became an on-the-scene reporter. His writing flourished, especially after he released his own coming-of-age memoir in 2005, called The Tender Bar, which was turned into a movie, directed by Clooney and starring Ben Affleck.

Harry says in his book that many of his memories of his mother lie behind an “unscalable” mental wall, describing it as: “Such a horrid feeling, to know they are over there, just mere inches away, but the wall is always too high and too thick.” There is a school of thought that suggests that this “wall” blocking out those memories has also overlapped into other areas, and as he admits, blurred a significant amount of detail.

The Duke of Sussex has been open about the help his therapist gives him, but the modern celebrity reliance on a therapy culture, where vast sums of money are paid to somebody to listen to a series of sessions in which an individual makes excuses for their behaviour, whilst whining about others, has seemingly this time found its way into print.

Of course there are good therapists, who are of great help to people, but usually everything stays behind closed doors. Here much of what appears to have been unlocked, has been shared with a third-party and in turn, been turned into a best-seller.

Harry makes a point that he would like reconciliation, but needs accountability first. Taking responsibility for his recent actions and offering up an apology of his own for much of the hurtful and questionable content of the book might get the ball rolling; but perhaps his memory is playing tricks with him again. 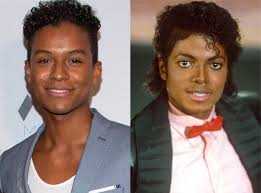