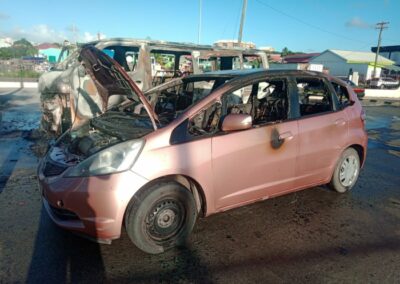 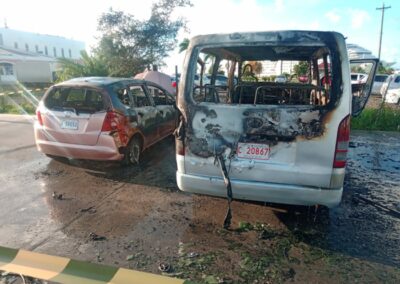 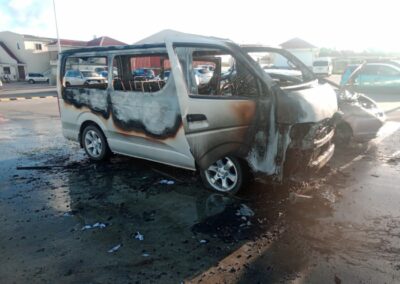 The fire brigade reports that just after 5:pm on Friday, the St John’s fire station received a call from 911 stating that there is a vehicle on fire at Perry Bay Supermarket’s Parking Lot.

An immediately response was made. On arrival at the scene, the crew met two vehicles on fire in the fully developed stage and got into the action by using water from the fire tender to control and extinguish the fire.

Information received from Anique Rodney is that she is the driver and owner of a silver Toyota Hiace bus.

She further reported that while driving the bus towards Perry Bay Supermarket, she smelt smoke but thought it was coming from the outside of the bus however after parking, in the parking lot, she saw smoke and small flames coming from the back seat area in the bus and immediately exited the vehicle.

The bus was completely destroyed by the fire along with a peach Honda Fit car which was parked alongside the bus.

The Honda fit was owned by Michelle Percival. The fire brigade is presently investing the origin of the fire.