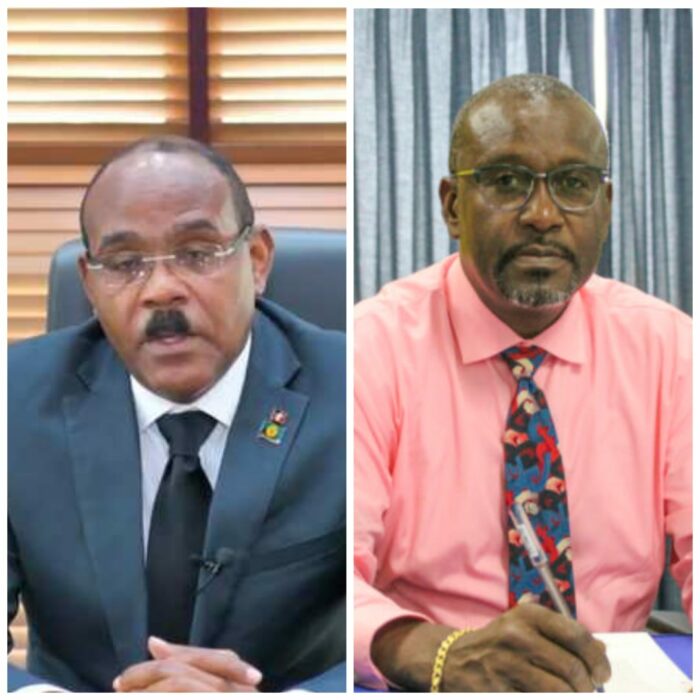 The Antigua and Barbuda Workers Union says it is disappointed in comments made by Prime Minister Gaston Browne on his radio station – Pointe FM, accusing the employees of the state-owned APUA Water Department of sabotaging the water network.

Browne and also the Foreign Affairs Minister E.P Chet Greene, blamed in part; staff at APUA, claiming that the water situation affected the results at the polls.

“He also went on to threaten the employment of several employees. These unfortunate statements come only a few days after the voters of this country issued a warning notice to the Prime Minister to “shape up or be removed from office.” The ABWU said in a press statement Monday night.

The ABWU reminded Browne that some of these very workers whom he threatened voted for him in the last General Elections.

“Further, we are bewildered by the illogical reasoning of the Prime Minister to suggest that APUA workers would deliberately bring hardship on their families, friends, and coworkers in communities across Antigua and Barbuda by suppressing the water supply,” the statement said.

The ABWU said further, its members have worked tirelessly to ensure the distribution of water is done within the scheduled times, however, the workers of the Water Department cannot deliver what is not there.

“We at the Antigua and Barbuda Workers’ Union, condemn the attack of Prime Minister Browne on the employees of the APUA Water Department and urge him to restrain his tongue, particularly in the absence of verifiable evidence,” the ABWU added.

The statement said that these attacks only serve to demoralize the efforts of the hard-working employees.

“The Antigua and Barbuda Workers’ Union therefore asks its members to continue to perform above and beyond expectations and not be distracted by the Prime Minister’s idle threats and foolish rhetoric,” the statement added.