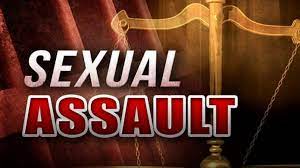 A high school in the Turks and Caicos, located in the north of the island is under investigation after reports that there are sexual assaults taking place at the school

The Royal Turks and Caicos Islands Police Force (RTCIPF) said in a statement that it is aware of reports circulating within the public domain, via social media platforms, of the alleged crime.

The police did say however that no official report has been made to date, involving any teacher or staff member at the school being involved in the alleged sexual assault

“As such, the RTCIPF never conducted any interview with any official of the school last week. At 11.40 am today (January 23), the Safeguarding and Public Protection Unit (SPPU) became aware of a WhatsApp circulation containing serious allegations involving a schoolgirl and male teacher. An e-mail was sent by an officer attached to the SPPU at 11.53 am to the Director of Education, requesting information as to the contents of the WhatsApp.”, police commissioner Trevor Botting said.

Meanwhile, the Director of Education said, he had spoken with a senior representative from the Department of Social Development on Friday 20 January.

Later that day (January 20), according to the Director’s account, the teacher submitted a resignation letter informing the Department of Education of his immediate resignation. I wish to express my concern that neither the RTCIPF nor the SPPU were notified when the allegations were first raised. The RTCIPF only became aware of the alleged incident via social media and through correspondence with the Director today,” he said

An investigation has now commenced into the allegations.