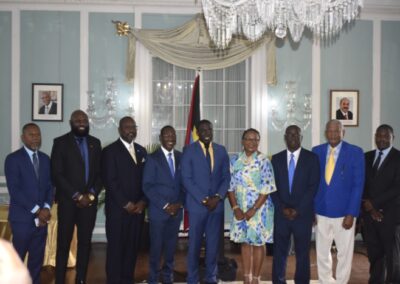 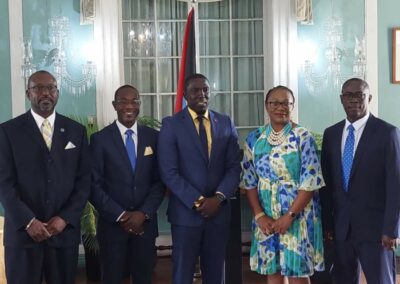 Jamal Pringle, the Parliamentary Representative for All Saint East and St Luke has been officially sworn in as Leader of the Opposition United Progressive Party.

Pringle replaces longtime leader Harold Lovel who retired from the post after a defeat at the polls during the recently held general elections. Lovell lost by a mere six votes.

Four senators were also sworn in this morning as well, including General Secretary of the Antigua and Barbuda Workers Union David Massiah and Shawn Nicholas who was sworn in as Minority Leader in the Senate.

The UPP won six seats in the last elections.