Caribbean can be at the forefront of global food and agriculture 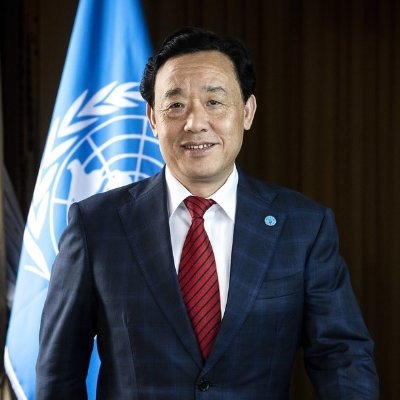 Director-General of the Food and Agriculture Organization Qu Dongyu

Antigua and Barbuda and other Latin America and Caribbean countries have been told that they can be at the forefront of global food and agriculture, provided they first tackle hunger and inequality

“Latin America and the Caribbean can and must step up to address increasing hunger and inequality rates in the region, a role that would move them to the forefront of global food and agriculture,” he said.

He said multilateral institutions need to be innovative to respond to current unprecedented and overlapping crises…who will sign several letters of intent to pursue projects in the region during the meeting.

Qu’s speech to the 7th Summit of Heads of State and Government of the Community of Latin America and Caribbean States (CELAC), presided over this year by Argentina, was delivered by FAO Chief Economist Maximo Torero.

And President Alberto Fernández of Argentina in his opening remarks said “we live in the most unequal continent in the world and once and for all we must undertake a process leading to equality,” said. “It is much easier to achieve such results working together.”

CELAC is an intergovernmental mechanism for dialogue and political agreement designed to support regional integration programs and comprised of 33 countries that are home to around 600 million people.

Its role is important today as recent years have seen a weakening of collective efforts towards regional and global integration.

“Qu pointed to key priority areas that integration through CELAC would facilitate, highlighting the need to expand food supply in the Caribbean, where healthy diets are expensive, investing in water infrastructure and food production initiatives in Central America, where droughts and outmigration are persistent trends, improving food exchange between countries in the Andean region, and fostering a large regional programme of infrastructure for production, storage and transportation of food to facilitate intra-regional trade and exports.
The Director-General said while prioritizing protection of national economies is natural, it is important to note “we are all together on this small planet and the measures taken in one country affect all the other countries,”

He also talked about the worldwide experience of the COVID-19 pandemic as an example of the value and importance of international collaboration.