Faced with what they see as an existential threat, leaders from low-lying and island nations implored rich countries at the United Nations General Assembly this week to act more forcefully against a warming planet.

The failure by developed economies to effectively curb their greenhouse gas emissions contributes to rising sea levels and especially imperils island and low-lying nations at the mercy of water. 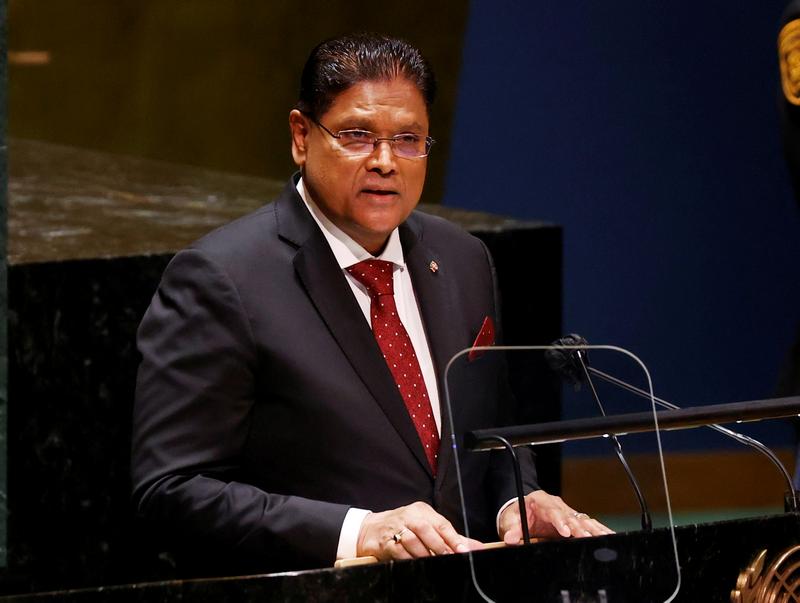 “We simply have no higher ground to cede,” Marshall Islands President David Kabua told leaders in a pre-recorded speech at the high-level gathering on Wednesday. “The world simply cannot delay climate ambition any further.”

Countries agreed under the 2015 Paris Agreement on climate change mitigation to attempt to limit the rise in global temperatures to 1.5 degrees Celsius (2.7 degrees Fahrenheit), the threshold scientists say would head off the worst impacts of warming. To do that, scientists say, the world needs to cut global emissions in half by 2030, and to net-zero by 2050. 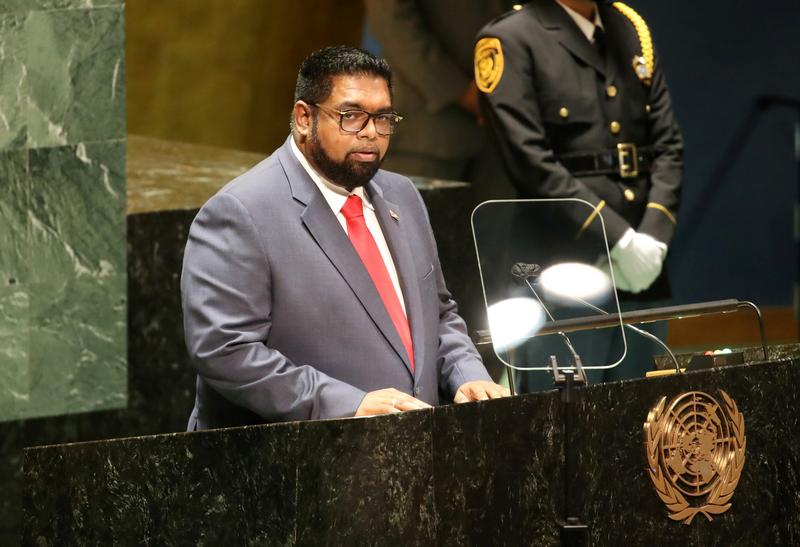 “The difference between 1.5 degrees and 2 degrees is a death sentence for the Maldives,” President Ibrahim Mohamed Solih told world leaders on Tuesday.

Guyana President Irfaan Ali criticized large polluters for not delivering on promises to curb emissions, accusing them of “deception” and “failure” and warning that climate change will kill far more people than the COVID-19 pandemic. 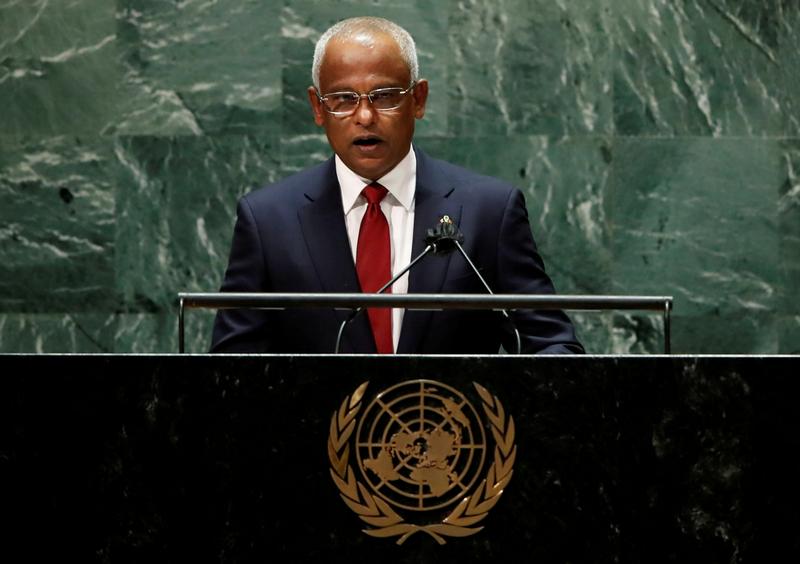 “We hold out similar hope that the world’s worst emitters of greenhouse gases that are affecting the welfare of all mankind will also come to the realization that, in the end, it will profit them little to emerge king over a world of dust,” Ali told world leaders on Thursday.

He said small island states and countries with low-lying coastlines, like Guyana, will bear the full brunt of the impending disaster despite being among the lowest emitters of greenhouse gases. 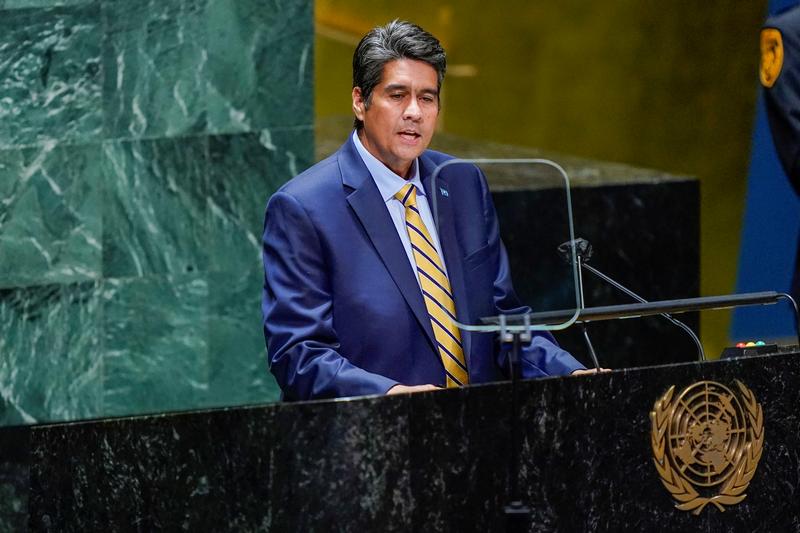 “This is not only unfair, it is unjust,” he said.

Richard Gowan, U.N. director at the International Crisis Group, said there had been a “sense of existential crisis” running through the annual gathering at the United Nations.

“Both Beijing and Washington want to show they are leading the fight against global warming. If the small islands’ leaders can’t get people to listen at this General Assembly, they never will,” Gowan said.

U.S. President Joe Biden said on Tuesday he would work with Congress to double funds by 2024 to $11.4 billion per year to help developing nations deal with climate change.

The funding would help achieve a global goal set more than a decade ago of $100 billion per year to support climate action in vulnerable countries by 2020. 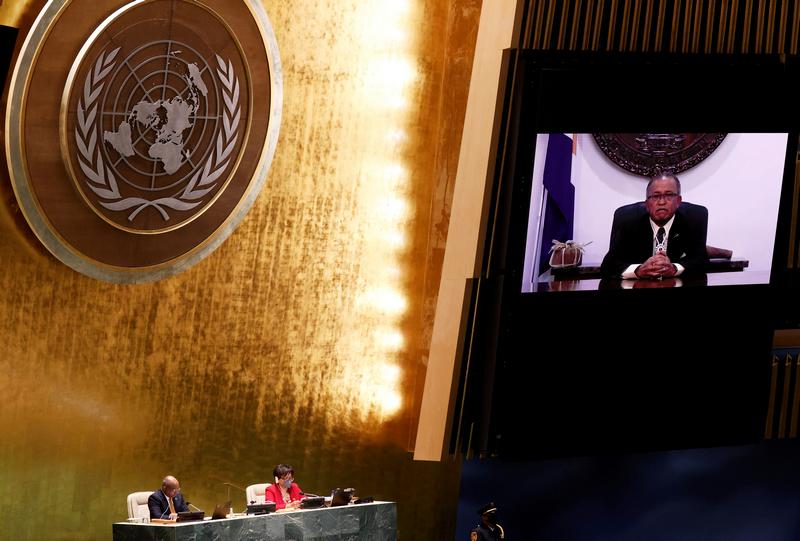 ‘WE MUST ACT NOW’

Biden and Xi made their commitments less than six weeks before the Oct. 31-Nov. 12 COP26 U.N. Climate Change Conference in Glasgow, Scotland, which U.N. Secretary-General Antonio Guterres said runs the risk of failure over mistrust between rich and poor countries.

President Chan Santokhi of Suriname, where much of the coastal area is low-lying, called for “ambitious and actionable commitments” to be made at COP26, urging developed countries to recommit to the $100 billion per year.

Santokhi said that ideals and political commitments do not mean much if not supported by new financial resources.

“In the case of my country, Suriname, and the countries with low-lying coastal areas, we are committed to fighting climate change because we are particularly vulnerable even though we have contributed the least to this problem,” he told the General Assembly.

The Pacific archipelago nation of Palau warned the world is running out of time.

“Simply put, we must act now to ensure our children inherit a healthy and reliable future. We need to act now before further irreparable damage is made to our planet,” Palau President Surangel Whipps Jr., said at the gathering.

U.K. Prime Minister Boris Johnson, who is preparing to host COP26, on Wednesday called on world leaders to make the necessary commitments and a collective pledge to achieve carbon neutrality by 2050.

He warned that, on the current track, temperatures will go up by 2.7 degrees Celsius or more by the end of the century.

“Nevermind what that will do to the ice floes, dissolving like ice in your martini here in New York,” Johnson said. “We will see desertification, drought, crop failure and mass movements of humanity on a scale not seen before, not because of some unforeseen natural event or disaster, but because of us, because of what we are doing now.”