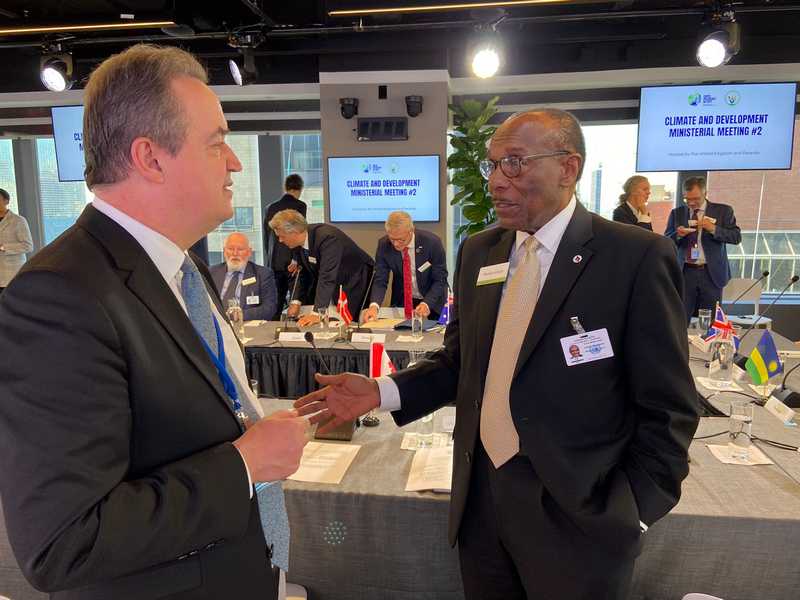 Minister of Health Molwyn Joseph has told the 2nd Climate and Development Ministerial meeting that there should be a commitment and understanding of the peculiarities of Small Island Developing States.

“The fact of the matter is, it has been over 30 years that we have been waiting to see some tangible evidence that our vulnerabilities are taken seriously. Loss and Damage is already on the provisional agenda but it must be on the agenda for COP. It’s important to establish trust in this process and it is also important to establish solidarity and I believe the action of getting Loss and Damage on the agenda of COP goes a long way in establishing that,” Joseph said.

It is the first session since the Covid pandemic got underway. PM Browne is expected to address the UN this coming Friday.

In his opening remarks, the UN’s top chief, António Guterres, said that the world was in peril, and geo-political divides were undermining international law, trust in democratic institutions, and all forms of international cooperation.

“We cannot go on like this,” Guterres said. “We have a duty to act. And yet we are gridlocked in colossal global dysfunction.”

In remarks that pivoted between alarm and hope, the secretary general made demands for collective action.

He warned of a world burning because of climate change and said the U.N. charter and the ideals it presents are in jeopardy, alluding to Russia’s invasion of Ukraine and the inequalities that have exploded as food and energy prices rise.

“Let’s have no illusions. We are in rough seas,” Guterres said in one of the most candid speeches he has ever delivered to world leaders.

He identified three areas where he said leaders should come together, namely – peace and security, the climate crisis, and addressing inequality in developing countries.

The war in Ukraine, Guterres said, has unleashed widespread destruction with massive violations of human rights and international humanitarian law.

Every UN member has been invited to send a delegation to the assembly and each member state is allowed an equal vote when deciding on resolutions.

Such resolutions are seen as an expression of the will of the international community on a given topic, although they are non-binding, which means they have no legal power but carry symbolic importance in world affairs.

The list of speakers includes some notable absentees, with Russian President Vladimir Putin and Chinese President Xi Jinping among those who have instead sent their foreign ministers.