Britain threw refiner Essar Oil UK a lifeline on Tuesday with a phased tax payment deal, allowing it to keep producing just as the country struggles with motorists draining petrol stations in a panic-driven buying frenzy.

Essar Oil (EOUK), which runs the 200,000 barrel-per-day Stanlow refinery, had been in talks with HM Revenues & Customs (HMRC) over extending a January deadline to repay hundreds of millions of pounds in deferred taxes.

“With this time to pay arrangement, we now have significant runway to stabilise our balance sheet which has been adversely impacted by the pandemic,” EOUK’s Chief Financial Officer Satish Vasooja said in a statement.

Britain, which is preparing to hold the COP26 global climate summit in Glasgow in November, has seen drivers snarled in queues to fill their tanks and dozens of forecourts closed, with fuel prices reaching record levels.

“The improved environment around margins gives us the confidence to continue to serve as one of the UK key fuel suppliers with a 16% market share,” Vasooja added.

A post-Brexit shortage of truck drivers, exacerbated by a halt to truck-driving-licence testing during COVID lockdowns and people leaving the haulage industry, has sown chaos through supply chains, raising the spectre of shortages and price rises.

Essar Oil has said it still needed to pay 223 million pounds ($305 million) to HMRC by January. It said the new deal with HMRC was designed to fit with its revenues.

“Road fuel sales volumes from EOUK’s Stanlow, Northampton and Kingsbury terminals over the last weekend (25—26 September) were up 22% against a “normal” weekend (pre-Covid),” Essar said as many petrol stations saw long queues.

“On Friday 24 September sales volumes from the three terminals were up 14% on a “normal” Friday,” it added. 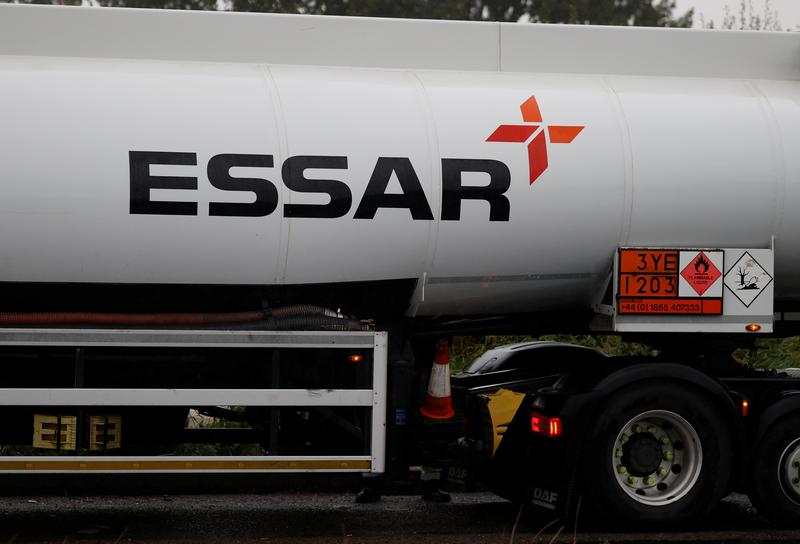