ZURICH (Reuters) – Swiss Re has estimated its preliminary claims burden from Hurricane Ida at $750 million, the reinsurer said on Tuesday, while updating its loss estimate for the July floods in Europe to approximately $520 million.

Hurricane Ida’s damage to U.S. offshore energy production made it one of the most costly since back-to-back storms in 2005 cut output for months. 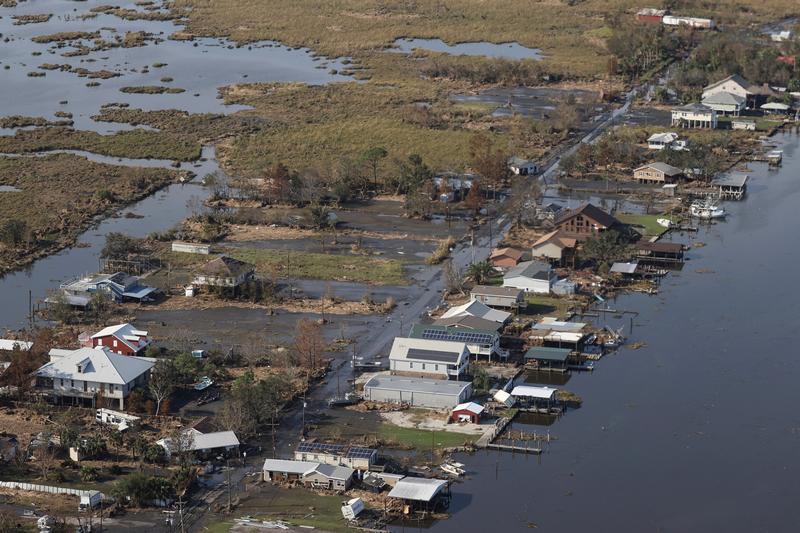 A view of flood damaged buildings are seen as U.S. President Joe Biden (not pictured) inspects the damage from Hurricane Ida on the Marine One helicopter during an aerial tour of communities in Laffite, Grand Isle, Port Fourchon and Lafourche Parish, Louisiana, U.S. September 3, 2021. REUTERS/Jonathan Ernst/Pool