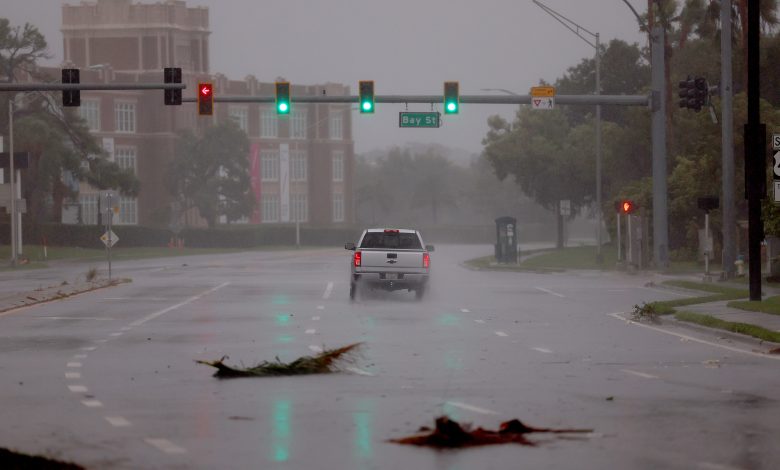 Residents from Antigua and Barbuda and the rest of the world with family living in Florida were in a state of panic for pretty much the entire day on Wednesday. And they may still be in a frenzy, as news of the monster Hurricane made landfall near Cayo Costa.

“I reached my son after several attempts and he said he is safe in his basement”, a worried father whose son is currently studying Florida.

“I spoke to my friend but the phone lines cut at some point and I haven’t heard from her again. I hope she is safe,” a woman named Claudia said.

Hurricane Ian slammed into Florida’s southwestern coast Wednesday as one of the most powerful storms in U.S. history, tearing apart homes and buildings and leaving some residents stranded as storm surge flooded communities.

When the storm made landfall on Wednesday afternoon, it moved with maximum sustained winds measured at a stunning 150 mph —only 7 mph slower than a Category 5, the highest status on the Saffir-Simpson Hurricane Scale of Hurricane Intensity.

The National Hurricane Center reported that it slowed as it lashed the state and was downgraded to a Category 3 storm Wednesday night.

More than 1.6 million are without power in Florida, a number that’s expected to continue to rise.

Ian’s strength at landfall tied it for the fifth-strongest hurricane when measured by wind speed to strike the U.S.

Residents described the terror after a tornado tore through a condominium complex near Delray Beach, ripping off roofs and turning over vehicles. ”

I felt things blow past my head and face,” resident Jim Travis said. “When I opened the door, my apartment was destroyed.”

The storm forced the rerouting of emergency calls and delayed responses in Lee, Hendry, and Glades counties, DeSantis said during a Wednesday evening briefing.

And in the coastal city of Naples, the sheriff’s department reported on Facebook that it was getting “a significant number of calls of people trapped by water in their homes” and that it would prioritize reaching people “reporting life-threatening medical emergencies in deep water.”

Earlier in the day, the sheriff’s office said multiple parking garages had flooded with cars underwater.

The massive hurricane could force Florida Power & Light (FPL) to do a complete rebuild in some parts of Florida’s west coast, which could take days or weeks according to reports.

Let us know if your family is safe. Leave a comment at the bottom of this news article.