Austria’s Kurz steps down over corruption probe to save coalition

VIENNA (Reuters) -Austria’s conservative Chancellor Sebastian Kurz resigned on Saturday to pull his coalition government back from the brink of collapse after the junior party demanded his head because he has been placed under investigation on suspicion of corruption.

The move by Kurz, who denies wrongdoing, satisfied his coalition partner, the Greens, and came just three days before a special session of parliament at which they were preparing to back a motion of no-confidence that would have forced him out.

At the same time, his resignation is more a matter of form than substance in terms of policy. He plans to stay on as his party’s leader and become its top lawmaker in parliament, and he is likely to continue to call the shots in the coalition.

“I would therefore like to make way in order to end the stalemate, to prevent chaos and to ensure stability,” Kurz said in a statement to the media.

He added that he was proposing Foreign Minister Alexander Schallenberg, a career diplomat backed by Kurz’s party, take over as chancellor, whom the Greens soon made clear they accepted.

“I believe this is the right step for future government work,” Greens leader and Vice Chancellor Werner Kogler said in a statement, adding he had had a “very constructive” working relationship with Schallenberg and would meet him on Sunday.

A star among Europe’s conservatives known for his hard line on immigration, Kurz, 35, became one of the continent’s youngest leaders in 2017 when he formed a coalition with the far-right Freedom Party that collapsed in scandal in 2019. Parliament sacked him but he won the snap election that followed.

He has so far been unchallenged as leader of the People’s Party (OVP) – he was reappointed in August with 99.4% support.

“This resignation is not a real resignation,” political analyst Thomas Hofer said. “It is (formally) a step back into the second row but the power in the OVP and therefore within the OVP government team still lies with Sebastian Kurz.”

Schallenberg, 52, who worked with Kurz when Kurz was foreign minister before he became chancellor, is unlikely to shed the image of a man who owes his ministerial career to Kurz.

“Of course he will do nothing without agreeing it with Sebastian Kurz beforehand. He is one of Kurz’s closest confidants,” Hofer said.

Prosecutors have placed Kurz and nine others under investigation https://www.reuters.com/world/europe/prosecutors-raid-austrian-conservatives-hq-fresh-headache-kurz-2021-10-06 on suspicion of breach of trust, corruption and bribery with various levels of involvement.

Starting in 2016 when Kurz was seeking to take over as party leader, prosecutors suspect the conservative-led Finance Ministry paid for manipulated polling and coverage favourable to Kurz to be published in a newspaper.

Documents circulated as part of their investigation and published in Austrian media also included embarrassing and compromising text-messages saying Kurz’s opponents say show a lack of scruples and underhanded tactics.

Austrian media reports before Kurz’s announcement had said he would step down only temporarily. While Kurz did not say that he did say of his future: “Above all … I will of course use the opportunity to refute and disprove the accusations that have been made against me.”

The political consequences, both in terms of his party’s popularity and its relationship with the Greens, are unclear.

“Is it enough?” the leader of the liberal Neos party, Beate Meinl-Reisinger, said at a news conference reacting to Kurz’s announcement. 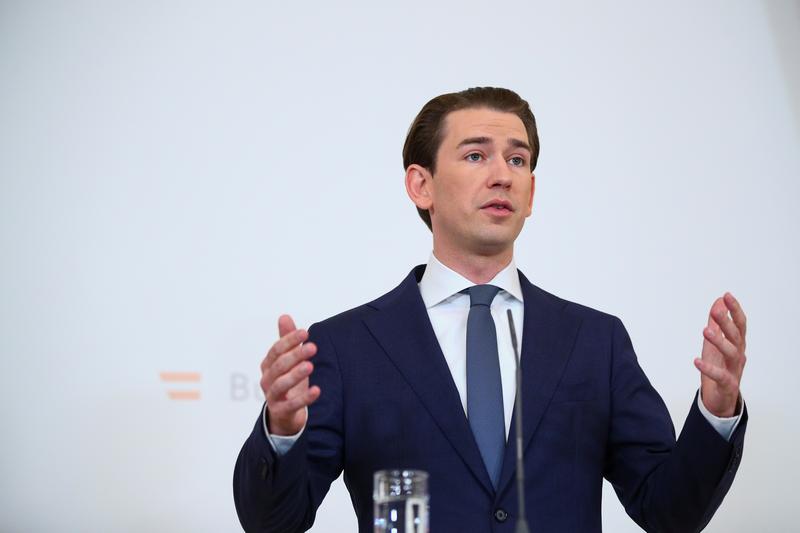 Austria’s Chancellor Sebastian Kurz, who is under investigation on suspicion of corruption offences gives a statement at the federal chancellery in Vienna, Austria October 9, 2021. REUTERS/Lisi Niesner 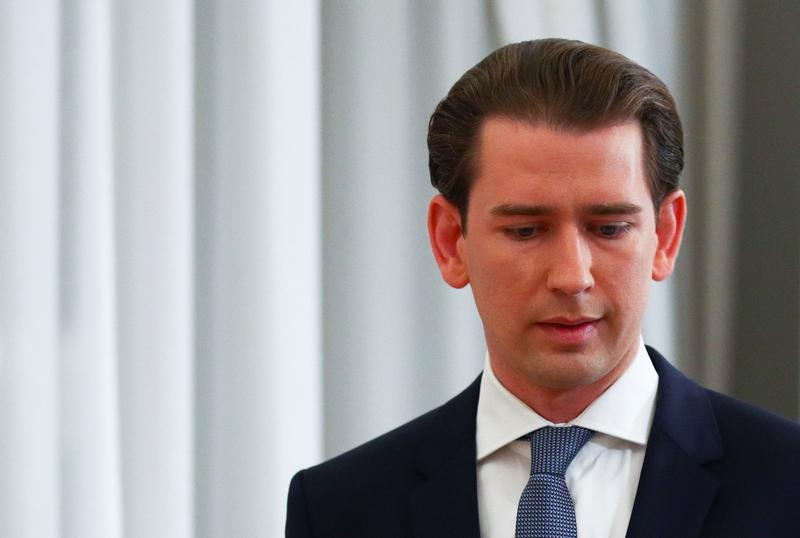