The MoU was signed at State House in Georgetown by Guyana’s President Irfaan Ali and Antigua and Barbuda’s Prime Minister, Gaston Browne.

The two leaders observed that the MoU is another step in the many collaborative efforts in which Antigua and Barbuda and Guyana have been involved since the governments of the two countries, along with Barbados, launched the Caribbean Free Trade Agreement at Dickenson Bay in Antigua in 1965.

Recalling that Antigua and Barbuda has been home to a significant number of the Guyanese diaspora for decades, President Ali remarked that there is every basis for the strengthening of economic relations between the two countries, bringing benefits to their people.

“This agreement will open opportunities for the private sectors of both countries in several sectors, including tourism in which Antigua and Barbuda is regarded as a world leader”, Prime Minister Browne said.

He added that financial institutions will also be able to cooperate in expanding the range of services offered to their clients.

On regional air transportation, President Ali noted that transportation was identified by CARICOM Heads of Government, who attended the Agri-Invest Forum in Guyana this week as “an important factor in achieving food security in the Caribbean”.

“Therefore, we will closely examine the possibility of collaborating with Antigua and Barbuda in the provision of air transportation as an important element in moving produce from Guyana to other parts of the region.”

The two leaders will establish a Working Group by June 7 with a mandate to examine and make recommendations on ways to implement the areas of cooperation as early as possible. (Modified press release from Office of the President) 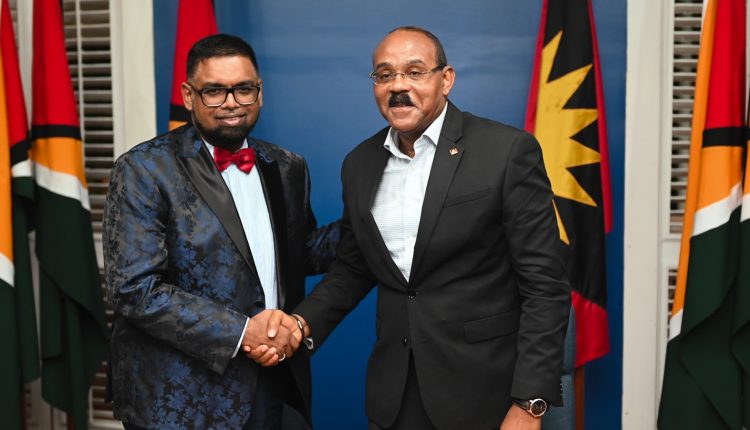 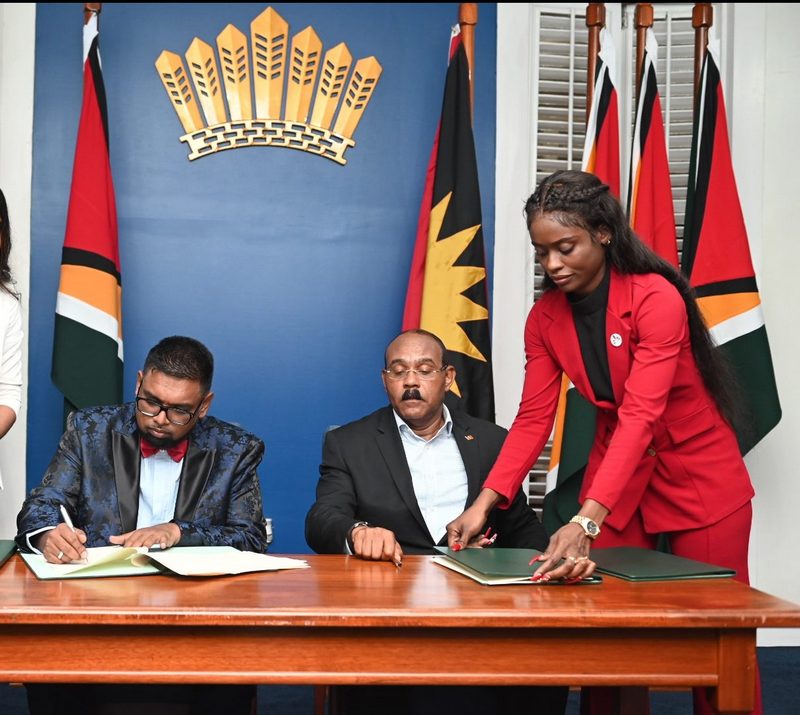