President Biden has been welcomed back from his Asian trip with yet another school massacre. At least 21 persons, including 19 schoolchildren and two adults were killed after 18-year-old Salvador Ramos opened fire at students of Robb Elementary School in Uvalde, Texas. The incident happened on Tuesday during school hours.

The 18-year-old was believed to have shot his mother before embarking on the journey to Robb Elementary School, where he opened fire at students and teachers of school before he was shot dead by security operatives. Authorities say a long gun and a pistol were recovered at the shooting scene.

Although authorities have not revealed the identities of those that were killed, family members have identified relatives that were murdered during the shooting. Most of these were children around the age of 10. According to CNN, a 4th-grade teacher Eva Mireles was one of the two adults killed during the shootings.

Dozens of students that survived the shootings are currently receiving treatments at the Uvalde Memorial Hospital, and some victims have been transferred to other hospitals. Some of the victims are said to be in critical condition.

Such shootings are not new in the United States. In 2022 alone, at least 30 shootings have happened in kindergartens, and at least 39 shootings have occurred in Kindergartens, colleges, and Universities resulting in not less than 10 deaths and over 50 injuries. The Tuesday shooting in Texas is believed to be the worst in at least a decade.

The shootings have affected the general mood in the U.S. President Biden who heard the news of the killings while returning from Japan, held a press briefing a few hours after touching down.

President Biden blamed the killings on the inability of Congress to pass the common-sense gun reforms. “For those who obstruct or delay or block the common-sense gun laws, we need to let you know that we will not forget. We can do so much more, we have to do more,” he said.

All attempts by Joe Biden and democrats in congress to pass a law curbing gun rights in the U.S. are likely to hit the rock with the Republicans having the majority in the Senate. After the shootings in Texas, Republican Senator Thom Tillis warned Democrats about using the killings as a justification to curb gun rights in the U.S. Soon, the U.S congress might have to vote on this critical issue. Although the legislation will likely fail, democrats believe it is better to vote and lose out instead of not voting at all.

In a press release by President Biden, he ordered that all flags fly half-mast in the White House and all other public places until May 28.

It has become a custom for killers to attack schools in the United States. In just five months 40 schools have been attacked, and the majority of these schools are K-12. This makes elementary school children the most vulnerable to these attacks. Unless something is done about gun rights in the United States, more of these attacks will occur over again. Just maybe, this sad event will be the turning point 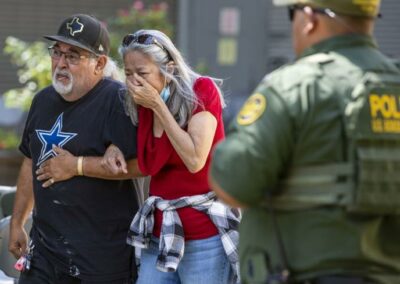 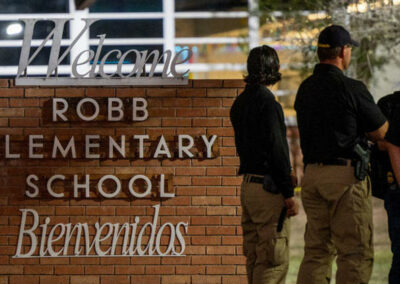