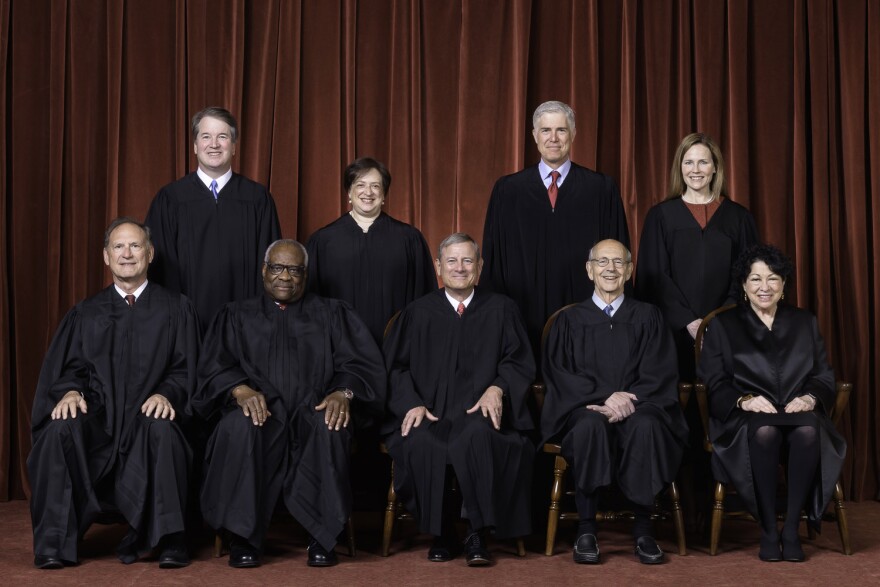 With the recent shootings in the United States, one would expect that the next big news to expect from the country is a law restricting the ownership of guns. Surprisingly, the big news that came out of the U.S on Thursday is that the Supreme Court has struck out a New York law that restricts the ownership and carriage of guns.

In a decision that divided the Supreme Court, six conservative judges ruled that Americans, including the people of New York, have the right to carry guns even in public places for self-defense.

There is a law in New York that requires citizens to carry guns publicly only when there is a special need for self-defense. If a New Yorker fails to prove that he needs to defend himself, he automatically loses his right to hold a gun in a public place.

On Thursday, the Supreme Court ruled that the New York gun law was against the second amendment of the U.S Constitution, which gives U.S citizens the right to keep and bear arms.

Writing on behalf of the six conservative judges, Justice Clarence Thomas wrote that the New York law is contrary to the U.S constitution.

“The constitutional right to bear arms in public for self-defense is not a second-class right, subject to an entirely different body of rules than the other Bill of Rights guarantees.’ We know of no other constitutional right that an individual may exercise only after demonstrating to government officers some special need,” the Judges ruled.

The judgment added that “New York’s proper-cause requirement violates the Fourteenth Amendment in that it prevents law-abiding citizens with ordinary self-defense needs from exercising their right to keep and bear arms.”

Justice Clarence stressed that the New York law was inconsistent with the nation’s tradition of firearm regulation.

Unfortunately, three of the nine judges that handled the case disagreed with the majority judgment. The judges with the contrary opinion are Justice Stephen G. Breyer, Justices Elena Kagan, and Sonia Sotomayor.

The liberal judges contradicted the conservative Judges, saying, “The court wrongly limits its analysis to focus nearly exclusively on history. It refuses to consider the government interests that justify a challenged gun regulation, regardless of how compelling those interests may be.”

However, the opinion of the three Judges was contradicted by Justice Alito, who said the statistics were irrelevant as the law in New York has not prevented cases of mass shootings in the state. In the end, what the majority of judges say is what truly matters.

REACTIONS TO THE COURT RULING

There have been mixed reactions to the court judgment. Topping the list of reactors is the U.S president, Joe Biden, who criticized the Supreme court, saying it was a disappointing judgment.

“I am disappointed in the Supreme Court gun decision,” President Biden told reporters.

“Since 1911, the State of New York has required individuals who would like to carry a concealed weapon in public to show a need to do so for the purpose of self-defense and to acquire a license. More than a century later, the United States Supreme Court has chosen to strike down New York’s long-established authority to protect its citizens,” President Biden also said in a statement released after the judgment.

“I urge states to continue to enact and enforce commonsense laws to make their citizens and communities safer from gun violence,” the President said.

The Governor of New York State, Kathy Hochul, said the judgment was “absolutely shocking,” and she vowed to fight back.

“They have taken away our rights to have reasonable restrictions. We can have restrictions on speech, but somehow there is no restriction allowed on the second amendment,” Kathy said.

“This is New York. We don’t back down. We fight back,” she added.

The governor said her number one priority is to keep New Yorkers safe, but the Supreme Court’s judgment is a setback to the government’s effort to protect families. She went ahead to call the judgment a reckless decision.

“This decision is not just reckless. It is reprehensible. It’s not what New Yorkers want, and we should have the right to determine what we want to do in terms of our gun laws in our state,” Kathy said.

As expected, there have been positive reactions to the court judgment, especially from Republicans, including former President Donald Trump.

“Elections have consequences. I promised to appoint Judges and Justices that would stand up for the Constitution. Today, the Supreme Court upheld the Second Amendment Right of all Americans,” President Trump wrote on Truth Social.

During his reign as President, Donald Trump appointed conservative Judges, making them the supermajority in the Supreme Court. Some Democrats have criticized the appointments.

WHAT THE JUDGMENT MEANS FOR AMERICANS

Judgments of the Supreme Court cannot be overturned by lower courts. That means lower courts will now depend on this judgment when deciding cases of gun rights and controls in various States of the United States.

Currently, there are almost twenty States in the U.S that have strict laws regarding gun ownership. This judgment has made it possible for Americans that feel restricted by such laws to challenge them.

Some critics of the judges have said the judgment will become a yardstick for Americans to misuse guns in the U.S. In 2022 alone, there have been 250 mass shootings in the United States with over a thousand injuries and almost 260 deaths. One of the most recent incidents was the mass shooting in Uvalde, where nineteen elementary school students and two teachers were killed by an 18-year old. Read More

The duty of the Court is to interpret the law, and it has done exactly so. Every contrary opinion is irrelevant until the second amendment is changed. Until then, the issue of gun control will continue to be a divisive topic in the United States.