Liverpool dominated the first half with several chances but could not convert any of them.  Thanks to Thibaut Courtois, the Real Madrid goalkeeper who put up a man-of-the-match performance.

Despite Liverpool’s effort, the best chance of the first half came from the champions of Spain. After numerous trials, Karim Benzema manages to score a goal during the final moments of the first half. After an extensive check by the video assistant referee (VAR), the referee disallowed the goal as Benzema was slightly offside.

Real Madrid managed to regain control of the game in the second half and created some chances. The Los Blancos were rewarded in the 59th minute when Vinicius Jr scored a tap-in. Federico Valverde brilliantly crossed the ball from the right corner to the 21-year-old Brazilian who was left alone in the penalty area. A simple tap-in was enough to win the 14th Champions league for the club.

Although Liverpool managed to regain control of the match, the Spanish giants managed to hold them back. The remainder of the game recorded a series of shots from Liverpool that the Real Madrid goalkeeper managed to keep off the post.

Karim Benzema and Vinicius Jr. missed chances in the last moment of the game after two brilliant counterattacks. However, the 59th-minute goal was enough for the club to win its 14th trophy.

Liverpool has a total of 24 shots, with nine on target. Real Madrid had only four shots in the game, with two on target. Liverpool was no doubt the better side, but in the end, it is the goals that count.

While reacting to the win, Real Madrid manager Carlo Ancelotti said. “I can’t believe it.” He said the club had a fantastic season. He also added the win was a well-deserved one. “We are really happy… I am a record man.” He said after claiming his 5th champions league. He is now the manager with the highest number of champions league trophies.

While reacting to the win, Thibaut Courtois said Madrid has a history of reaching the finals and winning them. He added that he was “on the right side of history.” He said he was happy to be there for his club when it needed him.

Real Madrid went into the final with 13 champions league trophies already in the club’s cabinet. With the win, Real Madrid is the only club in history that has won the highest prize in European club football 14 times. Two times more than  AC Milan, which has won the title seven times. A win by Liverpool, which has already won the trophy six times, would have made it equal to AC Milan with seven titles.

The win for Real Madrid also means that some of the club’s players have now won the champions league for the 5th time. They include Dani Carvajal, Nacho, Isco, Benzema, Toni Kroos, Casemiro, Gareth Bale, and Luka Modric. 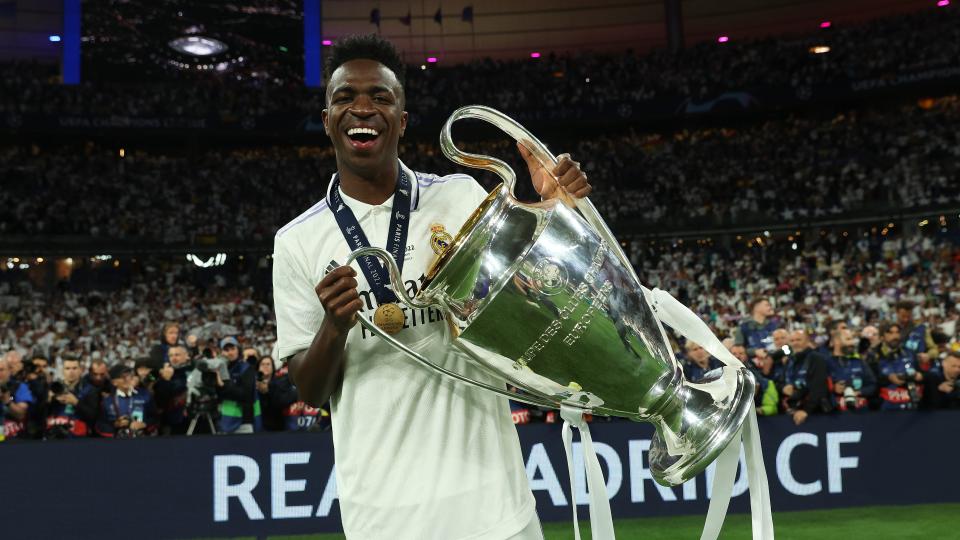