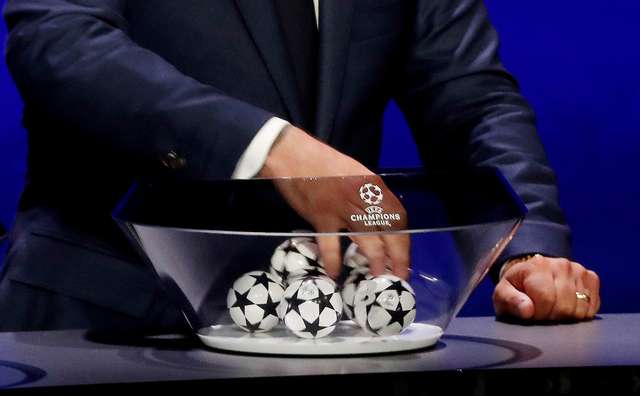 ​The draws for the UEFA Champions League round of 16 were held at the UEFA headquarters in Nyon, Switzerland, on Monday, following the last matches of the group stages that took place on Tuesday and Wednesday of last week. AC Milan, Bayern Munich, Benfica, Chelsea, Club Brugge, Borussia Dortmund, Eintracht Frankfurt, Inter Milan, Liverpool, Manchester City, Napoli, Paris Saint Germain, Porto, Real Madrid, RB Leipzig, and Tottenham all progressed to the round of 16.

The fixtures, according to Monday’s draw, are as follows;

The last time AC Milan won the title was in 2007 in their 2-1 win over Liverpool. The farthest Tottenham Hotspur has gone in the competition was in 2019, when they came second. The two sides will go head to head to see who progresses to the next round.

Benfica, the consecutive winners of the competition in 1961 and 1962, will take on Belgian side Club Brugge. The two sides will be facing each other with high hopes that they will progress to the next round.

Manchester City, hoping to win its first-ever Champions League, will take on RB Leipzig. Pep Guardiola’s side is not only looking at winning the match, but the goal is winning the competition. However, Leipzig will have only one objective, and that is to stand in City’s way so that it does not taste victory.

Napoli, which has been in good form since the start of the season, will be taking on Frankfurt in a bid to continue their fine form. The Italian side only lost its final game against Liverpool. While Napoli is the clear favourite in the race, Frankfurt is another club that cannot be undermined.

Sports analysts have described this game as the toughest in the knockout stage of this year’s Champions League. Both sides were the UEFA Champions League finalist in the 2019-20 season, but the French side failed to claim its first champions league trophy after losing to the German champions. PSG might just take revenge, but many have said Bayern is the favourite of the two sides.

The two sides have tasted glory in the UEFA Champions League. Talisman Jose Mourinho led both teams to win the trophy in their most recent triumphs. The two sides will be looking forward to meeting each other in the knockout stages of the competition after the World Cup.

The Champions League will return in February next year.