Police brutally kill another black man in the U.S, shooting him at least 60 times 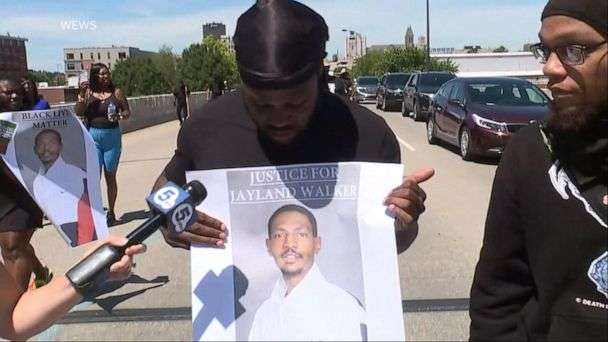 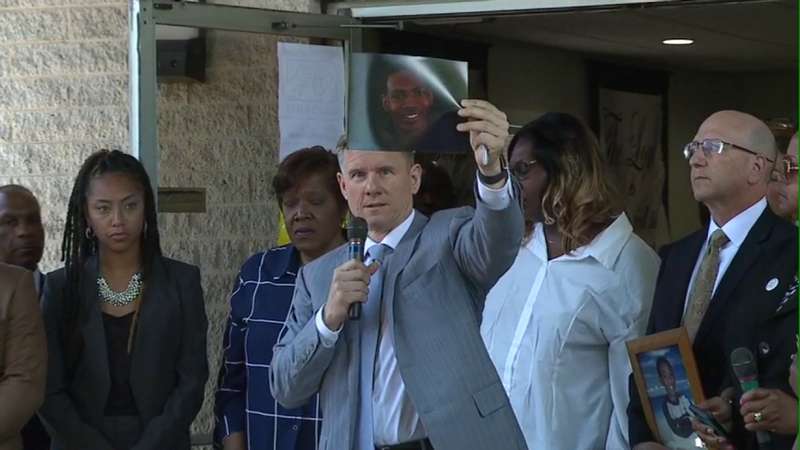 After a little over two years of the famous “Black Lives Matters” protest, Americans have taken to the street one more time to protest another brutal killing of a black man. This time, it was 25 years old Jayland Walker.

The incident happened last Monday but drew public attention on Sunday after footage from the scene was released by the Police. The footages from the Bodycam of the Policemen show that the black American was unarmed when he was shot. The Policemen shot him at least 60 times in a few seconds.

Jayland Walker was said to have committed a minor traffic offense but had refused to pull over for the Police to do their job. The Policemen chased him for a couple of minutes before they caught up with him.

In a news conference on Sunday in Akron, Ohio, Police Chief Stephen Mylett told reporters that the Police fired at least 60 bullets at the 25-year-old. He said the figure could be higher as investigations are still underway.

“However, based on the video, I anticipate that number to be high,” he said. “A lot of rounds were fired.”

The Police also accused the deceased Jayland Walker of firing a shot in the air while in his car. Mylett told Newsmen that 40 seconds into the chase, the Police heard a gunshot from Walker’s car.

“A sound consistent with a gunshot can be heard on the body-worn cameras of the officers,” police said when narrating the videos. The Police also said there was “a flash of light” which could have been a gunshot.

“That changes the whole nature of the traffic stop. It went from being a routine traffic stop, to now a public safety issue. And then the pursuit continued,” the Police added.

There is currently very little or no evidence to support that claim except that a handgun was recovered from the car. Mylett added that “the BCI will determine whether or not that casing came from the gun or not.”

After several minutes of chase, the Police caught up with Walker’s car. He then fled on foot for the final seconds of his life. According to the Police, he “stopped and quickly turned towards the officers,” leading the Policemen to assume that he was reaching out for a gun.

“Actions by the suspect caused officers to perceive he posed a deadly threat to them. In response, officers discharged their firearms, striking the suspect,” the Police said.

The videos released have raised concerns about the professionalism of the Police when Blacks are involved in a crime. There were protests, especially by the black community in Akron, Ohio, on Monday after the videos were released.

The attorney to Walker’s family, Ken Abbarno described the video as “something that should never, ever have to be seen.”

“Each time I’ve watched the video, it’s gotten worse for me. Every movement that I see, every shot that I heard, and every time that I see Jayland lying on the ground just gets more and more horrific,” Abbarno said in another press conference on Sunday.

In a statement released on Sunday, the Akron Police said the officers’ actions were justified.

“The decision to deploy lethal force as well as the number of shots fired is consistent with the use of force protocols and officers’ training,” the statement said.

The Police also acknowledged the rights of citizens to protest but warned against the use of violence.

“We have developed an operations plan to manage and to provide safe space in this city for people to protest. And in case that it turns to a situation where it’s no longer peaceful, we have an operations plan in place for that as well, and I’m not going to discuss any of the details about that,” Mylett said.

The family of Walker has also called for peace, but they said the Police have questions to answer. Preliminary investigations also reveal that Walker recently lost his fiancée and could be facing severe depression at the time of his death.

All the eight Policemen involved in the shooting have been placed on paid administrative leave. Information released by the City also disclosed that seven of the officers were White, and only one was black.