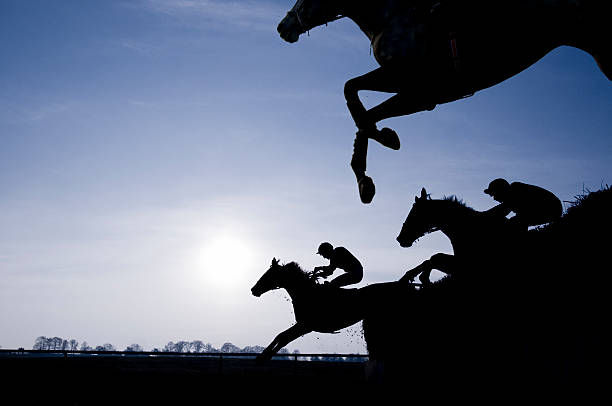 For the first time since records began, the UK have been warned to expect searing temperatures of 40 degrees Celsius, which is 104 degrees Fahrenheit, at the beginning of next week. Many parts of the country are officially on “Red” alert for when the unprecedented weather arrives and naturally, certain events will be effected, no more so than in the world of sport, and particularly in horse racing.

The threat of extreme heat on the racetracks has forced the governing body – The British Horse-racing Authority (BHA) to take the unusual step of cancelling next week’s meetings at Beverley, Windsor, Chelmsford, Wolverhampton and Southwell, out of concern for the animals safety.

The “Red” extreme heat national severe weather warning is in place for both Monday 18 and Tuesday 19 July. This is on top of the already existing “Amber” warning, which covers pretty much the entire country at present. The “Red” alert is effectively a national emergency and under such conditions, forcing horses to exert themselves would be considered not only foolhardy and cruel, but also illegal.

The meetings scheduled for the northern courses of Britain at Ayr and Cartmel on Monday, and at Musselburgh on Tuesday, are still set to go ahead, as temperatures are expected to be lower in the Cumbria area and in Scotland. However, the BHA will continue to monitor forecasts and any will not hesitate to call a halt to proceedings at these courses too, if there is a possibility of the extreme weather reaching further north.

What has been said?

Richard Wayman, the BHA’s chief operating officer, said: “The BHA’s number one priority in the staging of any meeting is the well-being of all involved, human and equine. Following the issuing of the first ever extreme heat warning by the Met Office, we are taking sensible precautions and have made a decision as soon as possible in order to provide certainty for those impacted.”

Mark Spincer, managing director of ARC’s Racing Division and responsible for Windsor, Southwell and Wolverhampton, said: “We fully support the decision to abandon the fixtures scheduled to take place on our racecourses on Monday and Tuesday. We have been in close dialogue with colleagues at the BHA throughout this period of warmer weather and have been operating with a number of resources in place to assist horses and people working on our racecourses.”

He continued: “Whilst we had taken steps to mitigate against the higher temperatures initially forecast for Monday and Tuesday, including moving Southwell’s race times to earlier in the day, the latest updates from the Met Office and the alerts issued this morning made it clear that it was within the best interests of all concerned to abandon these fixtures. We will be in touch with all customers who had bookings to these race meetings shortly, and our thanks goes to the BHA team for acting swiftly in changing circumstances.”

Neil Graham, director of racing at Chelmsford, said: “As ever, our primary concern is for the welfare of everyone visiting Chelmsford City Racecourse, both human and equine, and, therefore, we fully support the BHA in making this decision in such extreme conditions.”

The BHA said the courses fell “either within the warning area or are situated nearby”, and added that while the abandoned fixtures will not be rescheduled, it will review their race programmes and seek to add races in the coming days where necessary.

Racehorses suffering “heat stress” can easily collapse and sometimes be affected so badly that it leads to death, when they are expected to perform to intense levels, against a backdrop of high temperatures and humidity, a lack of air movement, poor ventilation, dehydration and exposure to direct sunlight. The term “flogging a dead horse” never rang truer.

James Given, a former trainer and vet who is now the BHA’s Director of Equine Health and Welfare, pointed out: “The real key to it is acclimatisation. If all this week had been 15 or 16 Celsius, then suddenly it jumps to 30 degrees and above, then I don’t think any animal would cope with that huge change in temperature. A bigger animal cope’s with the cold better because they have a bigger body weight to surface area; but when it gets hot they cannot disperse all of the heat as efficiently, or effectively as a smaller animal.”

He explained: “Although horses sweat freely they have got a huge amount of body mass, and when they are galloping and racing they are generating heat in doing that. So they need to disperse that through the skin, We help cool that as quickly as we can, with cold water so their body temperatures get cooler quicker. There is a fairly fine parameter of temperatures that the body can cope with, as if it is too cold, or too hot, things can go wrong quite quickly.”

There are several things that can be done to ensure that horses are cared for properly during any hot spell of weather. The most obvious is access to fresh, clean water; plus plenty of shaded areas on hand, to shelter from the direct sunlight. When in the stables, increase of the air flow is recommended, and exercising the animals when the heat is around its strongest, should always be avoided. When they are out in the sun, specialist creams are available to help soothe and rehydrate the skin, because horses can suffer from sunburn too. If travel is required, then as early in the mornings as possible, should be aimed for.

With temperatures expected to start to return closer to the norm for the time of year, towards the back end of next week, then the hope is for racing also to resume normal service and knowing the British weather, it will probably be 20 degrees cooler and raining in a week’s time.