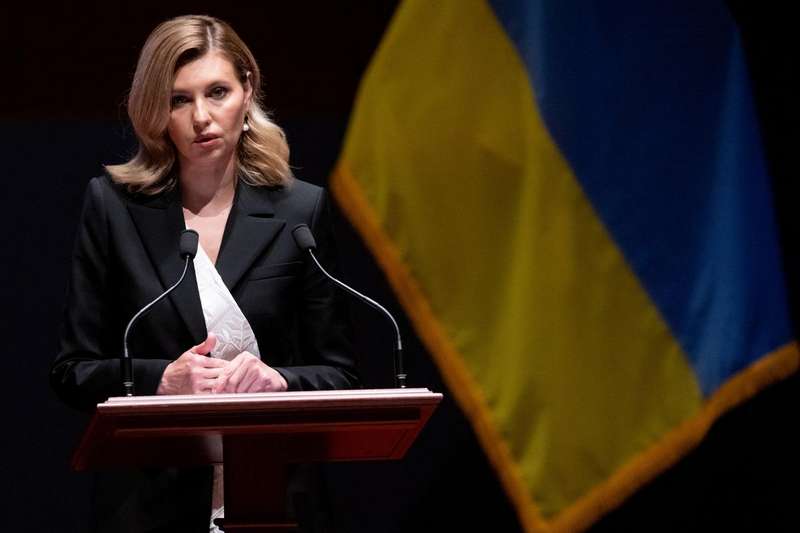 It was an emotional speech in the US Congress on Wednesday as the wife of the Ukrainian President, Olena Zelenska, addressed the lawmakers. Olena visited the U.S this week to “discuss how the United States can continue to alleviate suffering through support and humanitarian assistance to the Ukrainian people.”The first lady asked the United States to send air defense systems to Ukraine to defend against Russian bombings.

The first lady stressed that the weapons were needed not to fight against an enemy but to defend against Russian rockets that are killing Ukrainian children.

“Weapons that would not be used to wage war on somebody else’s land but to protect one’s home and the right to wake up alive in that home. I’m asking for air defense systems in order for rockets not to kill children in their strollers,” The first lady continued.

The wife of the Ukrainian president also explained why it was important for the war in Ukraine to stop and why the country needed to go back to normalcy.

“Will my son be able to return to his school in the fall, I don’t know, like millions of mothers in Ukraine. Will my daughter be able to go to university at the beginning of the academic year and experience normal student life? I cannot answer,” Zelenska said.

The speech did not end without the first lady commending the US for all it has done since Russia invaded her country. She appreciated the aid sent so far to Ukraine amid the war.

“The American people and American families, Congress, and President Biden have already done much to help us stand up to the enemy and protect millions of Ukrainians. We are really grateful that the United States stands with us in this fight for our shared values of human life and independence,” she said.

The Ukrainian first was in the United States to discuss better ways the U.S could support Ukraine in the ongoing war. Earlier on Wednesday, she was received at the White House by President Biden and the first lady, Jill Biden.

She held a closed-door meeting with the American First Lady. According to Washington, the First Ladies discussed “the United States’ continued support for the government of Ukraine and its people as they defend their democracy and cope with the significant human impacts of Russia’s war, which will be felt for years to come.”

Recall that in May, First Lady Jill Biden visited Ukraine and had a series of talks with her Ukrainian counterpart. Zelenska has now reciprocated that visit as the relationship between the first families of Ukraine and the United States is growing significantly amid Ukraine’s invasion.