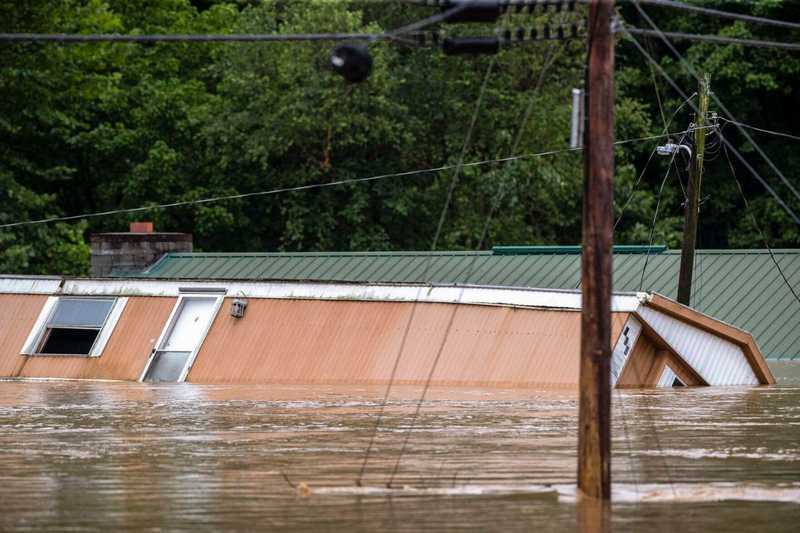 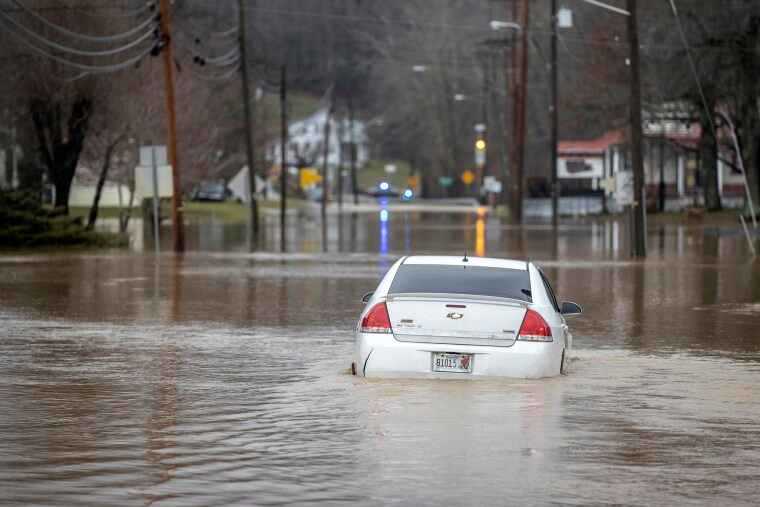 After weeks of record-breaking heat worldwide, heavy rainfalls in Kentucky have killed at least 28 people in the past few days. Despite the high rate of casualties, the figures could increase significantly, as many residents are still missing.

Last week, weather forecasters predicted heavy downpours beginning on Friday in the Commonwealth that would result in massive floodings.

“Kentucky, please be weather-aware. Heavy rain is expected across the commonwealth through Friday, with possible flooding in the eastern part of the state. Please stay alert and take all precautions to keep yourself and others safe,” Governor Andy Beshear said on Twitter last week.

Despite the predictions, the massive rainfall caused enough damage as if it was never predicted. The rains started on Wednesday night. In 48 hours, Kentucky received between eight to ten inches of rainwater.

The governor confirmed on Sunday that the death toll had risen to 26. He described the flooding as “the most devastating deadly floods” in the history of the state.

“This is one of the most devastating deadly floods that we have seen in our history. It wiped out areas where people didn’t have that much, to begin with,” Andy Beshear said.

“Our death toll right now is at 26. But I know of several additional bodies and we know it’s going to grow with the level of water,” Mr. Beshear continued. “We’re going to be finding bodies for weeks, many of them swept hundreds of yards, maybe a quarter-mile plus from where they were last.”

Soon after confirming that the numbers of casualties were 26, he added that two more victims have been found, making it 28. He said: “Our confirmed count of Kentuckians we’ve lost has now reached 28, and we expect that there will be more and that that number will grow.”

Many residents were stranded for hours before they got any help from officials. The victims couldn’t do anything but watch the flood carry their relatives and properties away.

Caudill, a firefighter in the region said he was hurt because there was practically nothing he could do to alleviate the suffering of people.

He said: “That’s what made it so tough for me. Here I am, sitting there, watching my house become immersed in water and you got people begging for help. And I couldn’t help.” Reports said the 911 lines were busy, and at a point, officials declined calls.

Among the victims were four children of the same parents. According to reports, the family hung on to a tree for hours before the flood washed all four kids away.

Brittany Trejo, a cousin to the four minors, confirmed on Friday that they all died during the flood after their parents tried to hold them for a few hours.

“They got on the roof and the entire underneath washed out with them and the children. They managed to get to a tree and … held the children a few hours before a big tide came and wash them all away at the same time. The mother and father were stranded in the tree for 8 hours before anyone got there to help,” said Trejo.

Like this family, hundreds of families have lost family members to the flood. After the governor visited the region via plane, he said it was “more devastating to see firsthand.”

“I’m in Eastern Kentucky today, and the situation is even more devastating to see firsthand. Please, help our families — this is going to be a long road to recovery,” the governor said.

THE CALLS FOR DONATIONS

Although it is too early to ascertain the cost of damage done by the flood, officials have said the waters could have caused damages worth hundreds of millions of dollars. Since last week, thousands of homes in the region do not have electricity, and many residents are without water. Expectedly, getting enough food is another major challenge in Kentucky.

Hundreds, if not thousands of people no longer have a home. According to the Governor, hotels and motes are filled with homeless people.

“We recognize that the hotels and motels here are full, the shelters are full, that people are sleeping in their cars and trucks and we don’t need that,” the Governor said.

To alleviate the suffering of the survivors, the government established the Team Eastern Kentucky Flood Relief Fund. Voluntary donors can visit the website to make their donations.

Referring to the new platform for donation, Governor Beshear said it was an opportunity for everyone.

“Today, we’re giving everyone that opportunity to help through the Team Eastern Kentucky Flood Relief Fund. Every dollar will make a difference,” the governor said.

The President of the United States has offered to provide aid to the victims of the flooding. He said: I’m taking more action to help the families being displaced and lives lost due to the flooding in Kentucky.”

“Today, I added Individual Assistance to the Major Disaster declaration I approved to expedite support to flooding survivors,” he said.

The governor said the funding was necessary for the relief of the people in his state.

Despite the number of damages caused by the flood, there are predictions that more rains will fall in the area. The national weather service has predicted further downpours when many residents are still missing.

“The threat of flash flooding will be gradually increasing as showers and thunderstorms with very heavy rainfall rates develop and expand in coverage today,” the commission said.

The Chief of the Emergency Management Director, Jeremy Slinker said the commission was worried about the weather forecast.

“The forecast is concerning, and we’re watching it very closely. We also are sending out warnings and making sure everyone knows,” Jeremy Sinker said.

“We’re preparing for it and making sure all the residents there are prepared for it because we just don’t want to lose anyone else or have any more tragedy,” he added.

With further rains expected in Kentucky, the hope for a better environment is very slim. Some citizens have already returned to their homes and have begun clearing the debris of the floods. However, a lot depends on the rains that fall within the next few hours.