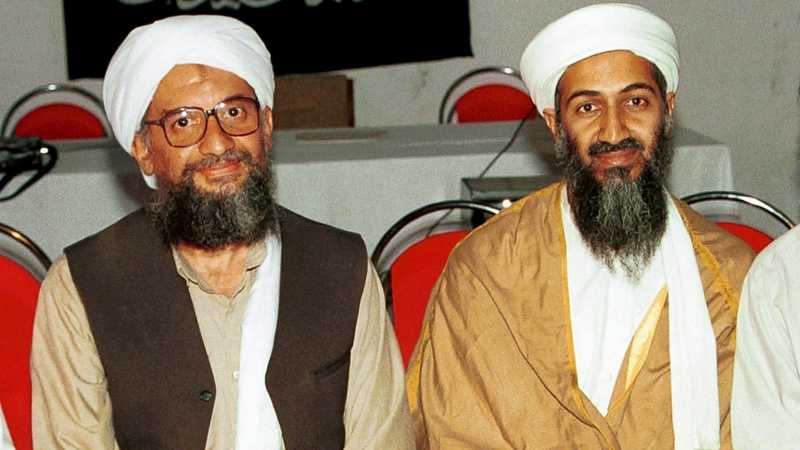 After 20 years on the run, American forces have finally killed Al Qaeda leader Ayman al-Zawahiri. The 71-year-old was killed in what was described as “a precise tailored airstrike” on Saturday in Kabul, Afghanistan.

Zawahiri took over the leadership of the terrorist organization after American forces killed former leader Osama Bin Landen. He was part of the team that planned the 9/11 attacks in the U.S. The State Department even placed a $25 million bounty on Zawahiri’s head.

“Since the United States delivered justice to bin Laden 11 years ago, Zawahiri has been a leader of al Qaeda, the leader, from hiding, he coordinated Al Qaeda’s branches all around the world, including setting priorities for providing operational guidance that called for and inspired attacks against US targets,” President Biden said.

Joe Biden added that the killing of Zawahiri was the justice he deserved and that people are no longer scared of “the vicious and determined killer.” He said Zawahiri was killed on his balcony in Afghanistan.

“Now, justice has been delivered. And this terrorist leader is no more. People around the world no longer need to fear the vicious and determined killer. The United States continues to demonstrate our resolve and our capacity to defend the American people against those who seek to do us harm,” the President continued. “You know, we make it clear again tonight that no matter how long it takes, no matter where you hide if you are a threat to our people, the United States will find you and take you out.”

Describing the precision of the attack, the president said he gave the final approval after careful planning of the mission.

He said: “This mission was carefully planned, rigorously minimized the risk of harm to other civilians, and one week ago, after being advised that the conditions were optimal, I gave the final approval to go get him, and the mission was a success.”

The goal of the airstrike was to eliminate only Zawahiri. The mission was carried out as planned, and no civilian or member of his family died in the attack.

“None of his family members were hurt, and there were no civilian casualties. I’m sharing this news with the American people now after confirming the mission’s total success through the painstaking work of our counterterrorism community and key allies and partners. My administration has kept congressional leaders informed as well,” Biden said.

Officials said the mission was carefully planned, and the President “was engaged in the briefing and immersed in the intelligence.” The officials took steps to “minimize the risk of any civilian casualties and take into account the ramifications of taking such a strike in downtown Kabul.”

Although there was no civilian casualty, the Taliban government immediately started relocating members of Zawahiri’s family from the resident of the attack. Meanwhile, the U.S government made it clear that Zawahiri was its only target.

Who Was Ayman al-Zawahiri?

Zawahiri was born in 1951 in Cairo, Egypt. His father was a renowned physician. In 1981, Zawahiri was imprisoned for the murder of Egyptian President Anwar Sadat. He planned to overthrow the Egyptian government with a plan to replace it with an all-Islamic government. He endorsed the murder of the President after he made peace with Israel, a non-Islamic country.

In 1985, he left Egypt for Pakistan. That was where he met Bin Landen. In 1988, they announced a merger in a bid to fight against the United States and its allies.

“We are working with brother bin Laden. We know him since more than 10 years now. We fought with him here in Afghanistan,” Zawahiri said when announcing the merger in May 1998. The fatwa or declaration said: “The judgment to kill and fight Americans and their allies, whether civilians or military, is an obligation for every Muslim.”

Immediately after the signing of the declaration, Al-Qaeda carried out several killings against people from the west. In 2001, the organization carried out several attacks in the United States, including the bombing of the twin towers, which claimed the lives of over three hundred people.

“Those 19 brothers who went out and gave their souls to Allah almighty, God almighty has granted them this victory we are enjoying now,” Zawahiri said concerning the terrorists that attacked the U.S.

After the death of Osama Bin Landen, Zawahiri took over the leadership of Al-Qaeda in 2011.

The Taliban’s Link with Zawahiri

Zawahiri has been described as not having the charisma of Osama Bin Landen as his leader of Al-Qaeda. He had since controlled the terrorist organization from isolation.

On July 13, Zawahiri released a statement, which was the latest before his killing. The statement, coming in 2022, suggested that the leader was enjoying more freedom after the Taliban took over the government. The Taliban is a sympathizer of Al-Qaeda.

Although the United States no longer sees Al-Qaeda as a threat, it took advantage of the intelligence to strike. After the strike, leaders of the Taliban condemned the strike that killed the journalist.

“[The Taliban] strongly condemns this attack on any pretext and calls it a clear violation of international principles and the Doha Agreement,” Mujahid, spokesperson of the Taliban said in a statement.

President Biden described the death of Zawahiri as a “justice.” Some citizens have considered this untrue based on the statement that ‘justice delayed is justice denied.’ They claimed that taking 20 years to kill the man shows signs of failure on the part of the successive governments.

However, other survivors of the 9/11 attacks see this as a good move. Terry Strada, the chairman of 9/11 Families United, a coalition of survivors and victims of the attacks, thanked Joe Biden and the U.S forces for a successful operation. The group of 9/11 victims however called on the government to hold Saudi Arabia responsible for the role it played in the attacks.

“I am deeply grateful for the commitment of intelligence agencies and our brave military’s dedication and sacrifices made in removing such evil from our lives. But, in order to achieve full accountability for the murder of thousands on Sept. 11, 2001, President Biden must also hold responsible the Saudi paymasters who bankrolled the Attacks,” Terry Strada said in a statement after the killing of the terrorist.

“The financiers are not being targeted by drones, they are being met with fist pumps and hosted at golf clubs. If we’re going to be serious about accountability, we must hold EVERYONE accountable,” the statement added.

The U.S Capable Of Fighting Terror after The Afghan Withdrawal

Vice President Camala Harris, in a series of tweets, said the killing of Zawahiri is a sign that withdrawing from Afghanistan was not an issue of grave concern.

“When [Biden] ended our military mission in Afghanistan, he made a promise that we would maintain the ability to protect Americans from terrorist threats. Tonight, with the killing of al-Qa’ida’s leader Ayman al-Zawahiri, it is clear we are meeting that commitment,” Harris said.

“With [Biden’s] decisive action taking this terrorist leader off the battlefield, the American people and the world are now safer. As President Biden said, to all those who seek to do us harm, we can and will find you and deliver justice. I am grateful to the members of our intelligence and counterterrorism community who work to make us safe every day and whose extraordinary skill made this operation a success,” the Vice President added.