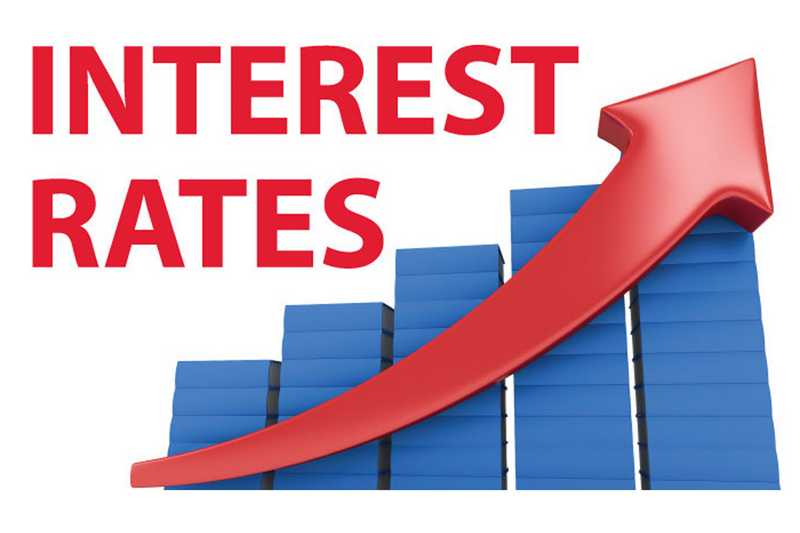 The war in Ukraine seems to be affecting the economy of every country in the world. The most powerful nations of the world are not left out. In trying to save their economies, the EU, the U.S, and the U.K have increased their interest rates. The latest of them is the United Kingdom.

The decision of the Bank of England was to curb the rising inflation in the UK, which is currently at 9.4% against a projection of 2%. The BOE is brazing up for higher inflation which is projected at 13%, and a possible recession by the last quarter of 2022.

“The United Kingdom is now projected to enter recession from the fourth quarter of this year. Real household post-tax income is projected to fall sharply in 2022 and 2023, while consumption growth turns negative,” the report stated.

The Bank of England said the rising inflation in the U.K is not unconnected with the unstable gas supplies to Europe “owing to Russia’s restriction.”

“Inflationary pressures in the United Kingdom and the rest of Europe have intensified significantly…That largely reflects a near doubling in wholesale gas prices since May, owing to Russia’s restriction of gas supplies to Europe and the risk of further curbs,” the August report added.

The BOE said, “the squeeze on households’ incomes due to the rise in energy prices has led to slower growth in the UK economy.” The Bank predicted a fall in the UK economy to fall from the final quarter of this year until sometime in 2023.

“We know the cost of living squeeze is difficult for many people. If high inflation lasts for a long time that would make things worse,” the report continued. “We expect inflation to begin to fall next year. It is unlikely that the prices of energy and imported goods will continue to rise so rapidly.”

A GOOD NEWS FOR SAVERS

Aileen Robertson, Head of Savings at Atom bank, described the hike in interest rate as “good news for savers” and urged them to take advantage of the new policy.

“This move should be good news for savers, but it’s up to banks to decide how much of the increase they pass on to customers. Savers have had it rough for a long time, and traditional high street banks have done very little to support them for many years as they continue to offer rock bottom rates to savers,” Aileen said.

Aileen advised against investing blindly at a time like this. According to the economist, saving money when the country is scared of a financial slump is risky. Hence money should only be saved if there is a gainful interest rate.

“I would recommend keeping a close eye on your bank’s reaction to this change and shopping around to ensure you’re getting the best rate. Blind loyalty to your bank through this difficult period can leave you worse off in the long-term, so it pays to look for a better deal.”

The rising inflation and the uncertainty surrounding the UK economy have caused worries among citizens. If things continue the way they are, most families will not be able to meet demands for food and heating as early as this year.

Rebecca McDonald, the chief economist for Joseph Rowntree Foundation, said families might not be able to afford meals, heating, and showers if things continue the way they are.

“We already know 7 million low-income families had to sacrifice food, heating, even showers, this year because they couldn’t afford them. While the government might have taken a break from acting on the cost of living emergency, these families can’t take a holiday from the year of financial fear,” Rebecca said.

“They will be wondering why further urgent solutions needed to shore up family finances ahead of the winter are not yet being put in place,” she added.

However, Nadhim Zahawi said the government is addressing the cost of living by providing financial packages to the most vulnerable people in the UK.

“Addressing the cost of living is a top priority and we have been taking action to support people through these tough times with our £37bn package of help for households, which includes direct payments of £1,200 to the most vulnerable families and a £400 discount on energy bills for everyone,” the Chancellor said.

“We are also taking important steps to get inflation under control through strong, independent monetary policy, responsible tax and spending decisions, and reforms to boost our productivity and growth.”

THE JOB AHEAD FOR A NEW PRIME MINISTER

No doubt, whoever becomes the Prime Minister next month has a lot of work to do in dealing with the economic challenges facing UK citizens. Liz Truss has promised to cut taxes significantly in a bid to win over the electorates, while Rishi Sunak thinks a cut in taxes would be “fiscally irresponsible.”

While both candidates think they are the best for the top job, whoever conservatives select to lead the government must tackle the cost of living crisis. Failure to do that could mean another early exit for the Prime Minister.

The shadow chancellor of the Labour Party Rachel Reeves described the current economic situation in the UK as a sign of failure on the part of the Conservative Party.

“This is further proof that the Conservatives have lost control of the economy, with skyrocketing inflation set to continue, while mortgage and borrowing rates continue to rise,” Rachel said.

“As families and pensioners worry about how they’re going to pay their bills, the Tory leadership candidates are touring the country announcing unworkable policies that will do nothing to help people get through this crisis,” the statement added.