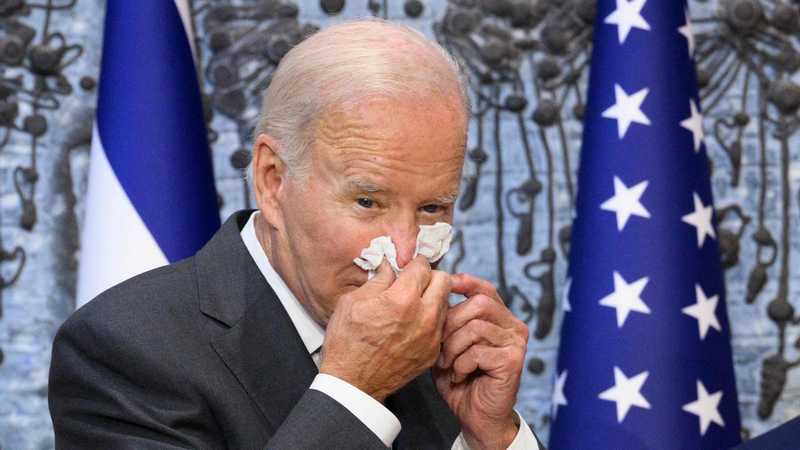 Although President Biden has not completed his first term in office, he has already completed two terms of Covid-19. Joe Biden tested negative for Coronavirus on Saturday after one week of retesting positive. Recall that last week, the president tested negative for the virus but later tested positive after a rebound of the virus. Read More

Dr. Kevin O’Connor made this known on Saturday in a memo. He said the President has tested negative for the virus.

“The President continues to feel very well. Given his rebound positivity which we reported last Saturday, we have continued daily monitoring. This morning, his SARS CoV-2 antigen testing was negative,” the memo read.

Dr. O’Conor added that the president will continue isolating until a prescribed second negative test.

“In an abundance of caution, the President will continue his strict isolation measures pending a second negative test as previously described,” Dr. Kevin added.

During his time in isolation, the President made two official broadcasts. The first was after the death of Al-Qaeda leader Zawahiri. The second was on Friday when the President talked about the job figures in the U.S. However, the virus prevented him from making public appearances. Mr. Biden also demonstrated that he was different from his predecessor by working from isolation within the White House and not from a military hospital like Donald Trump.

With the negative test on Saturday, the President can resume work at his office and make local and international trips. He is expected to visit Kentucky on Monday.

Mr. Biden is fully vaccinated against the virus and has received the booster shots twice. Despite that, he tested positive for the virus on July 21. Six days later, he tested negative, only to test positive again after two days.

During his first and second isolations, the president only experienced mild symptoms, including a running nose and fatigue.

According to the Centers for Disease Control and Prevention, In the United States alone, there have been almost 92 million cases of the virus and over a million deaths. To the records, President Biden is the second US president to contract the virus, but he is the only one to contract the virus twice.