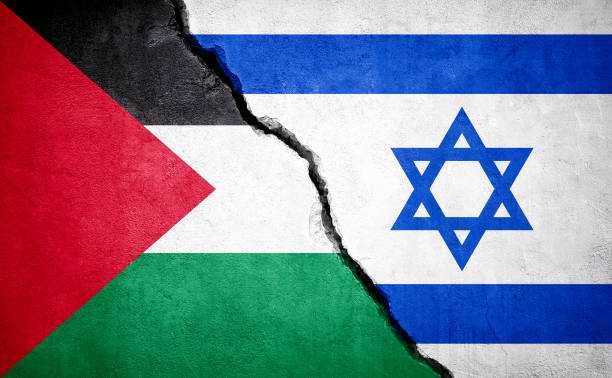 After days of violence in Gaza, the Israeli government and the Islamic Jihad have finally reached a ceasefire agreement. The Egyptian government mediated the talks, and both parties agreed to the terms of the truce on Sunday evening.

In what the Israeli government described as a “special military operation,” dozens of airstrikes bombarded Gaza. The Israeli Defence Force said it was targeting Islamic Jihads.

According to the Palestinian government, at least 44 persons died in the airstrikes, including 15 children and some militants. It is also estimated that at least half of those that lost their lives were civilians. Among those that died were top commanders of Islamic Jihads.  Read More

The Israeli Defense Forces (IDF) said they had information about 35 deaths and that eleven of them were civilians not directly involved in the conflict. The spokesman of the Israeli military said that some civilians that died were “the wives of the terror group’s commanders” and another 15 civilians were killed by the Islamic Jihad.

Brig Gen Ran Kochav, the spokesman of the IDF, said the PIJ fired about 1,100 projectiles from the Gaza Strip during the escalations, with 200 of those landing inside Gaza. He claimed the projectiles that landed in Gaza were responsible for civilian deaths.

Kochav said more Palestinians died from those rockets that exploded inside Gaza than the ones fired by the IDF and that the Israeli government would investigate civilian deaths.

So far, there is no report of casualties on the Israeli side, but there are a few injuries that resulted from the debris on Saturday.

Reacting to the ceasefire, Anthony Blinken, the US secretary of State, said the truce was a welcomed development.

“The agreement will bring a welcome respite to Israeli and Palestinian civilians and permit deliveries of critical fuel and other supplies into Gaza,” Blinken said in a statement on Monday.

“The United States remains dedicated to our ironclad commitment to Israel’s security and will remain fully engaged in the days ahead to promote calm. We will continue in the months ahead to work with partners to improve the quality of life for Palestinians in the Gaza Strip,” the statement added.

Although the terms of the truce have not been made public, there are indications that the Egyptian government is working towards the release of a top member of the Islamic Jihad group. Egypt is also negotiating with the Israeli government to transfer another member of the Jihadist group who is currently on a hunger strike to a hospital for proper medical attention.

The European Union on Monday also commended the ceasefire agreement and called for a thorough investigation of civilian casualties in Gaza.

“The EU deplores the loss of civilian lives over the past days, including a number of children and women, killed and injured in the Gaza Strip. The EU calls for a timely and thorough investigation into these civilian casualties,” the EU said in a statement.

ISRAEL ACHIEVED ALL ITS OBJECTIVES

Although the ceasefire means both sides would refrain from further attack, Israel has already started counting its gains in the strikes. After thanking the Egyptian government for the role it played in the truce, Prime Minister Yair Lapid said the operation achieved all its goals and had “restored deterrence.”

“All our goals were achieved. The entire senior military command of Islamic Jihad in Gaza was successfully targeted within three days. Anyone who tries to harm us will pay with their life,” Lapid said.

Lapid also spoke directly to residents of the Gaza Strip, telling them what they stand to gain if they could live peacefully with them.

“I want to speak directly to the residents of the Gaza Strip and tell them: There is another way. We know how to protect ourselves from anyone who threatens us, but we also know how to provide employment, a livelihood, and a life of dignity to those who wish to live by our side in peace,” Lapid said.

The military operation dealt serious blows to the Jihadist group, with several leaders eliminated in a few days. Khaled Mansour, who is in charge of Islamic Jihad’s operations in the South of Gaza, was killed on Saturday in an airstrike close to the Egyptian border.

On Friday, another Israeli airstrike killed Tayseer Al-Jabari, the head of the Jihadist operations in the North of Gaza.

When thinking about Jihadist groups in Palestine, the first group that comes to mind is HAMAS. Who then are the Islamic Jihads? The PIJ, otherwise known as Islamic Jihad Movement in Palestine, is another militant group with the same objectives as the HAMAS.

What are the objectives of this group? Simply put, the ultimate goal is to take over Israel and take control of its territories. During one of the summer camps organized for children by the Jihadist group, the PIJ said they teach the kids about how the “Jews persecuted the prophets and tortured them. The group admitted that the fight with the Jews was not because of the land but because of religion.

“As long as Jews remain here, between the [Jordan] river and the sea, they will be our enemy, and we will continue to pursue and kill them. When they leave we won’t hurt them,” the PIJ said in 2006.

So far, the group has claimed responsibility for many terrorist attacks, including about 30 suicide bombings.

Although most countries believe the permanent solution to the crisis in Palestine and Israel is the “two-state solution,” the PIJ believes they are the true owners of the land, and the Jews are the invaders.

In an interview with the former leader of the PIJ, Ramadan Shallah, he said the idea of a two-state nation was dead.

“We are the indigenous people of the land. I was born in Gaza. My family, brothers, and sisters, live in Gaza. But I am not allowed to visit them. But any American or Siberian Jew is allowed to take our land,” Shallah said in an interview in 2009.

After years of his death, the teachings of the Jihadist group have been transferred to the younger generation. With that, the fight for the ownership of Israel is unlikely to end soon.

With the capabilities and intentions of the militant group, one would wonder if Israel has done anything wrong in trying to defend itself. While Israel has the right to protect itself from external aggression, it might have to account for civilian deaths recorded in the process of defending its own civilians.