Suspense in Kenya as country awaits result of presidential election 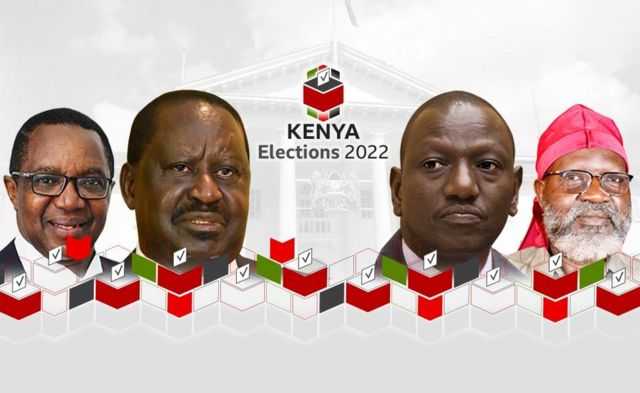 After months of extensive campaigns, the people of Kenya have elected a new President. What is not known at the moment is who the president-elect is. After three days of voting, Kenyans are going about their daily activities with their hands at work and their ears and eyes elsewhere in expectation of the official announcement of the result.

On Friday evening, the chairman of the Independent Electoral and Boundaries Commission (IEBC) said the delay was not deliberate but was caused by party agents.

“Please don’t interrogate the returning officers and slow down the process. If we do that then we shall not be able to finish this exercise,” chairman of the commission, Wafula Chebukati, said during a press briefing on Friday, adding that agents should play their role, observe and make notes so that the process can move on.

Results released by the country’s top TV stations showed that Raila Odinga and William Ruto are leading the race, with other contestants still far off. As of Friday evening, 13 million out of about 14 million votes have been tallied but the IEBC still has until Monday to declare the final result.

In the era of fake news, unofficial results from both parties have flooded the internet. The country’s electoral body has distanced itself from them. Even some influential figures in the country have joined in the spread of fake election results.

According to Kenyan law, the electoral body must declare the results on or before seven days from the day of voting.

“Within seven days after the presidential election, the chairperson of the Independent Electoral and Boundaries Commission shall,” the country’s section 138 of the Kenyan constitution reads.

The polls have been described by local and international observers as transparent and peaceful.  That is a good sign for the country as it is unlikely that there will be another post-election violence as in the previous one.

The two major contestants in the race are Deputy President Ruto and opposition leader, Odinga, who has the support of outgoing President Uhuru Kenyatta despite being an opposition for years.