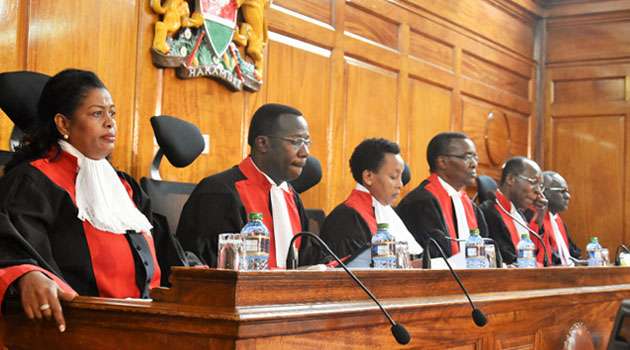 The controversies surrounding the Kenyan election have finally ended with the country’s Supreme Court affirming William Ruto as President-elect. In a judgment delivered by Martha Koome on behalf of the seven-man panel, the appellate court ruled that there was no ground to nullify the election.

“This court upholds the election of the first respondent (William Ruto) as the president-elect … It is our finding that the declared president-elect attend 50% plus one of the votes cast,” according to the Kenyan constitution, Koome said. “This is a unanimous decision of the court.”

“IEBC carried out the verification, tallying, and declaration of results in accordance with the provided constitutional law,” the judge added.

In a closely contested presidential election last month, Deputy President William Ruto won about 50.5 percent of the vote to defeat his closest rival and veteran politician Raila Odinga, who won 48.5 percent of the total votes cast.

The 77-year-old challenged the outcome of the elections on several grounds, but the Supreme Court insisted that the opposition leader could not prove his points beyond reasonable doubts.

Koome, while reading the judgment, outlined all the issues raised and explained why the Court could not nullify the election. One of the arguments by Odinga’s legal team was that the head of the IEBC does not have the power to declare the results after the withdrawal of four commissioners from the electoral body.

“Are we to nullify an election on the basis of a last-minute boardroom rupture, the details of which remain scanty and contradictory? This we cannot do,” Koome said regarding a parallel press conference by the IEBC members that disputed the results announced by the chairman of the IEBC. She added that the dissenting commissioners had previously participated in the tallying process without raising concerns.

Koome, however, called for reforms of the electoral body, saying that the dissenting opinions between the commissioners had undermined public confidence, which was not a good sign for a body with the responsibility of preserving the country’s democracy.

Odinga’s team also argued that the electronic system used in the elections was tampered with and that the postponement of the elections in some parts of the country was a deliberate act to reduce voter turnout. The court insisted that there was no reasonable proof that the results were altered and that the IEBC has the power to postpone elections whenever necessary.

After the judgment was delivered, all parties involved in the case thanked the Court for delivering such a complex judgment in a short time. Kenyan’s constitution compels the appellate court to decide on presidential election cases on or before two weeks from the time the case was initiated.

Raila Odinga, who was contesting to be president for a record 5th time, had earlier described the court case as “a do-or-die battle for the corruption cartels who have everything to lose to the forces of democracy.”

In a statement released by the 77-year-old, Odinga said he was surprised that the Court struck out all nine issues raised against the outcome of the election.

“We respect the opinion of the court although we vehemently disagree with their decision today,” Odinga said in a statement on his Twitter page. “Our lawyers proffered irrefutable evidence, and the facts were on our side, unfortunately, the judges saw it otherwise.”

“We find it incredible that the judges found against us on all nine (9) grounds and occasion resulted to unduly exaggerated language to refute our claims,” he added.

Odinga thanked his supporters and Kenyans for their support and promised to communicate his next move shortly.

Odinga’s vice presidential candidate followed the path of his principal in respecting the court but disagreed with the decision.

“The court has spoken. I respect but disagree with the findings,” Martha Karua said.

There were fears that the court’s judgment could lead to another riot like in 2017, which caused the death of over 1,000 Kenyans. However, the tight security at the court became unnecessary, as supporters of Odinga seem to have accepted the verdict.

“This decision is good for the judiciary. This election result is bad for Kenya. Two things can be true at the same time,” Nanjala Nyabola, a core supporter of Odinga, tweeted.

“There is nothing we can do, the judgment has been made,” Geoffrey Omondi, another supporter of Odinga, told Reuters.

“People know that they have to move on with life,” Charles Olongo, another supporter of Odinga, said.

Odinga had earlier told his supporters that this was his last shot for the Presidential race. In the next election in 2027, he would be 82. But nothing is impossible in Politics as he could pull a surprise return.

Soon after the court’s verdict, William Ruto posted a Bible verse on his Twitter page. He said: “With men it is impossible, but not with God: for with God all things are possible,”

He thanked the ordinary people of Kenya for believing in him. He would be sworn in on September 13 for a five-year term as President.