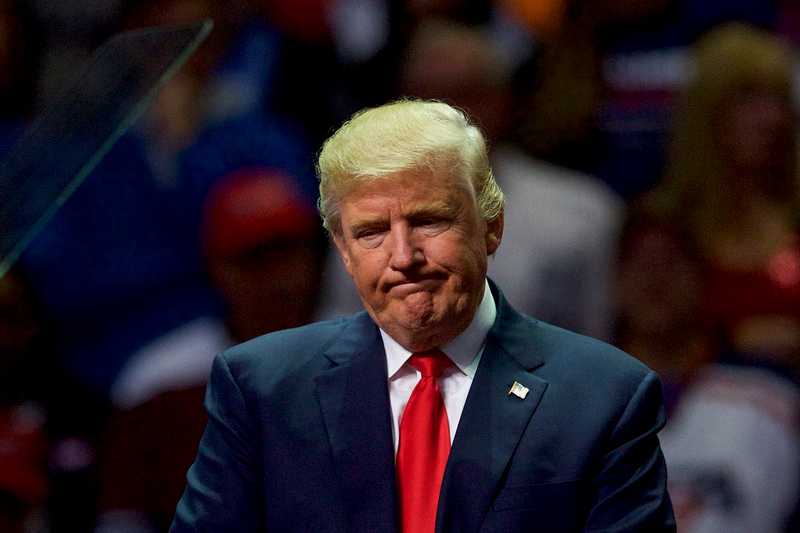 Since President Donald Trump exited the White House in 2021, he has always been on the news for the wrong reason. For the past week, he has been on the news once again. This time, it is for an investigation that could end his hope of becoming a President again and probably halt his political career permanently.

On Monday, the former President said the FBI raided his mansion in what he described as political persecution. After days of waiting for the details of the search warrant, it has finally been made public. The warrant authorized the FBI to search the President’s mansion.

“The locations to be searched include the ’45 Office,’ all storage rooms, and all other rooms or areas within the premises used or available to be used by [the former President of the United States] and his staff and in which boxes or documents could be stored, including all structures or buildings on the estate,” the warrant says.

The Mar-a-Lago property is home to the former President. The mansion has approximately 58 bedrooms and 33 bathrooms on a 17-acre estate.

What was the FBI searching for at Trump’s home? Stephanie Grisham, the former press secretary to the former POTUS, said: “The former president of the United States did not handle classified documents properly,” adding that she “watched him go through documents, throw some away, rip some up and put some in his pocket.”

Outcome of the Raid

After the release of documents from the search warrant, the claims by the former press secretary of Donald Trump have been confirmed.

After an extensive search, the FBI recovered 11 sets of classified documents. One of the documents was marked as “top secret/SCI.” Such documents are considered to be among the highest classifications.

The FBI is now investigating the former President for violations of the Espionage Act, criminal handling of government records, and obstruction of justice.

Although every detail in the recovered documents was not revealed, some information was disclosed about a few. One of them was about the pardoning of a Trump ally, Roger Stone, who was convicted in 2019 for lying to congress during a probe into Russian meddling in the 2016 election, which Trump won. Another was about the President of France, Emmanuel Macron.

Mr. Trump granted Stone a presidential pardon in his final days as U.S president, thereby preventing him from a three-year prison term. However, it has not been confirmed how the recovered document is connected to a criminal investigation.

The FBI has kept some information concerning the outcome of the investigation from public notice, with a promise to disclose any needed information later.

“We do that to protect the constitutional rights of all Americans and to protect the integrity of our investigations,” Attorney General Merrick Garland said on Friday.

Donald Trump is arguably the most investigated former President in the United States. Despite being in the top seat for only four years, his activities have been thoroughly scrutinized by the current government. Trump, 76, believes his woes are not because of his mistakes but because he challenged the status quo during his time as president.

The former President said the attack was coming from Democrats, adding that Hillary Clinton deleted 33,000 emails, and nothing was done to her.

“She even took antique furniture, and other items from the White House,” Trump added.

Donald said the attack was because of his high chances going into the 2024 race and his visible dominance in all the polls.

“Now, as they watch my endorsed candidates win big victories, and see my dominance in all polls, they are trying to stop me, and the Republican Party, once more. The lawlessness, political persecution, and Witch Hunt must be exposed and stopped,” Trump concluded.

Another person that shared a similar sentiment is the daughter-in-law of the former President. She said the home of her husband’s father was raided by the FBI because of his imminent declaration to run for president in 2024.

“They are terrified he’s going to announce any day that he’s running for president in 2024, and this is a very convenient way to just throw a little more mud on Donald Trump, as though they haven’t already done enough,” Lara Trump said.

With Biden’s rating going down, the former president could have a chance if he emerges as the Republican candidate in the 2024 elections. His biggest challenge would be getting his party’s ticket for the race.

However, if he is found guilty of the charges, he could lose any chance to become President again, as he might be banned from holding a public office for the rest of his life.

Trump would have been fortunate if the ongoing investigation was his only one. Unfortunately, he has multiple questions to answer regarding his activities as President of the United States. Some of the investigations involving Trump include the following:

Us Capitol Riot on January 6

The former president is being investigated over his role in the January 6 Capitol riot over claims of electoral malpractices. Family members, party men, former employees, Democrats, and Republicans alike have testified before the January 6 committee against Mr. Trump.

The Department of Justice is also investigating claims by Donald Trump that the 2020 election was rigged in favour of current president Joe Biden.

A prosecutor in Georgia is also investigating whether the former President and his allies attempted to overturn election results in the state. He was accused of attempting to overturn the polls after the result shows that he was trailing President Biden.